The use of variables, terms and equations is required to formalise expressions whose values have not been fixed.

A variable is a symbol (typically a letter) used as a placeholder for an indeterminate value. A term is a mathematical expression that can contain variables, arithmetic operations and further symbols and, after substituting variables with numbers, can be evaluated to a specific value. Terms can be combined into equations and inequalities, respectively, or they can be inserted into function descriptions, as we shall see later.

The word problem In a school class there are four more girls than boys and in total there are 20 children. How many girls and boys are in the class, respectively? can be formalised, for example, by introducing the variable for the number of girls and the variable for the number of boys in the class and setting up the two equations and . These equations can be solved by inserting the first equation into the second which gives and . Out of this, the full written answer In the school class there are girls and boys can be constructed. Here, for example, is a term, itself is a variable, and is an equation with a term on the left and a number on the right.
Variables (and sometimes also terms) are generally denoted by Latin lowercase letters , , , etc. Often Greek letters are used as well, for example, to distinguish variables that represent angles from those that represent numbers.

This overview shows the (lowercase and uppercase) letters of the Greek alphabet in Greek alphabetical order:
In the exercises Greek letters can be entered with their description, e.g. alpha instead of .
It is important that a term can be evaluated to a specific value if the variables occurring in the term are substituted with numbers:

These expressions are not terms in a mathematical sense:

When inserting terms, a term is substituted for a symbol in another term. If the term to be inserted contains several expressions, the replaced symbol has to be bracketed in advance.

Substituting, for example, the right-hand side of into the term results in the new term and certainly not .

Which term is formed if the following object is inserted into the term ? The Greek letter can be entered as alpha.
It is safest to bracket the variables before inserting, if the new term contains several symbols:

In the following figure, a square on the paper has side length . What is the area of this figure (as a term in the variable )? 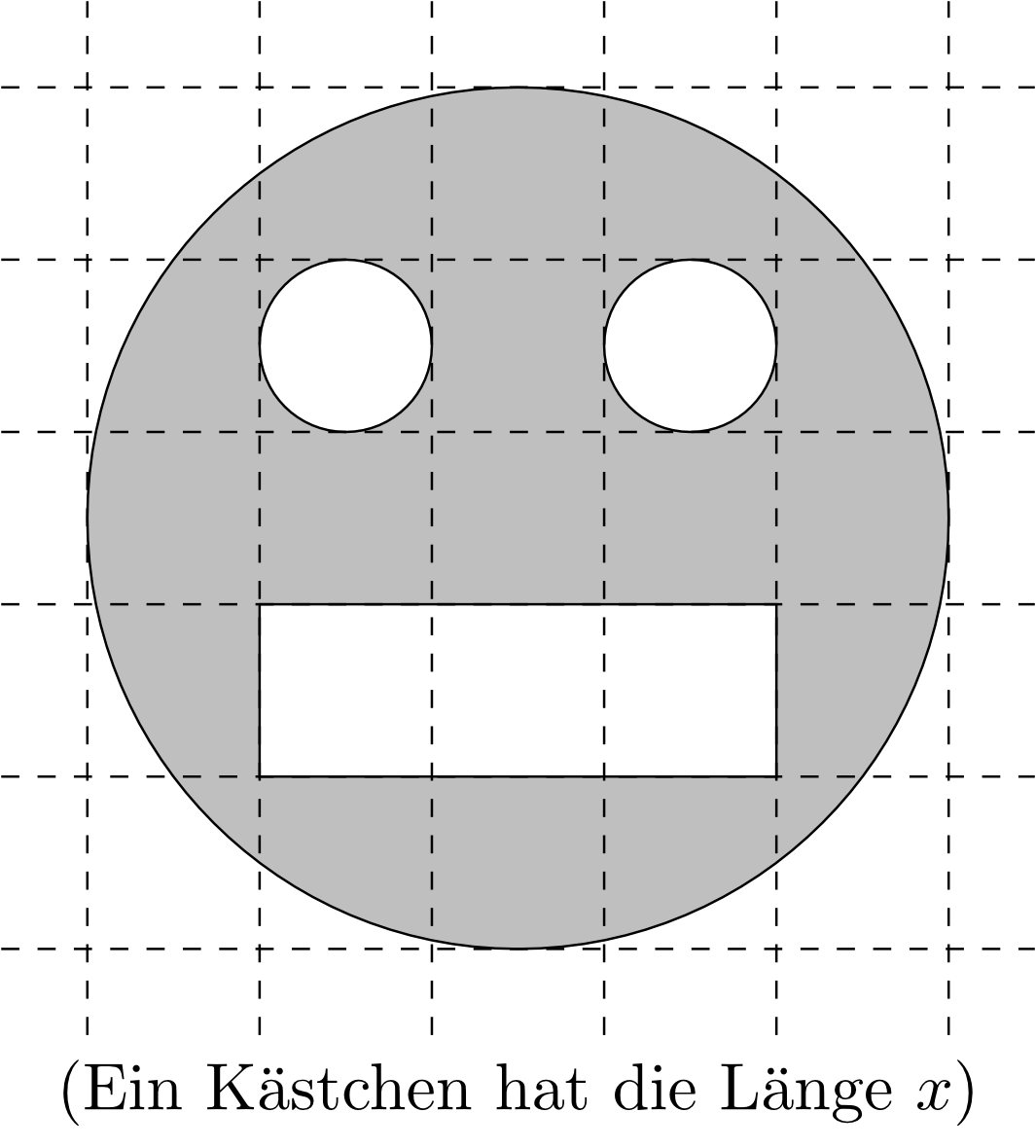