A first application of the integral calculus is the calculation of areas of regions with boundaries that can be described by mathematical functions. For illustration purposes, the figure below (left part) shows the function on the interval . The goal is to calculate the area that is bounded by the graph of the function and the -axis. From our previous investigations, we know that the integral over this odd function in the limits from to equals zero since the area of the left region equals the area of the right region but during integration they are assigned different signs. Thus, the value of the integral does not match the actual value of the area. However, if the "negative" area is reflected across the -axis, i.e. the function is assigned a positive sign (right part of the figure). Now the area is determined correctly by the integral. In mathematical terms, it is not the integral of the function that is calculated but the integral of its absolute value . 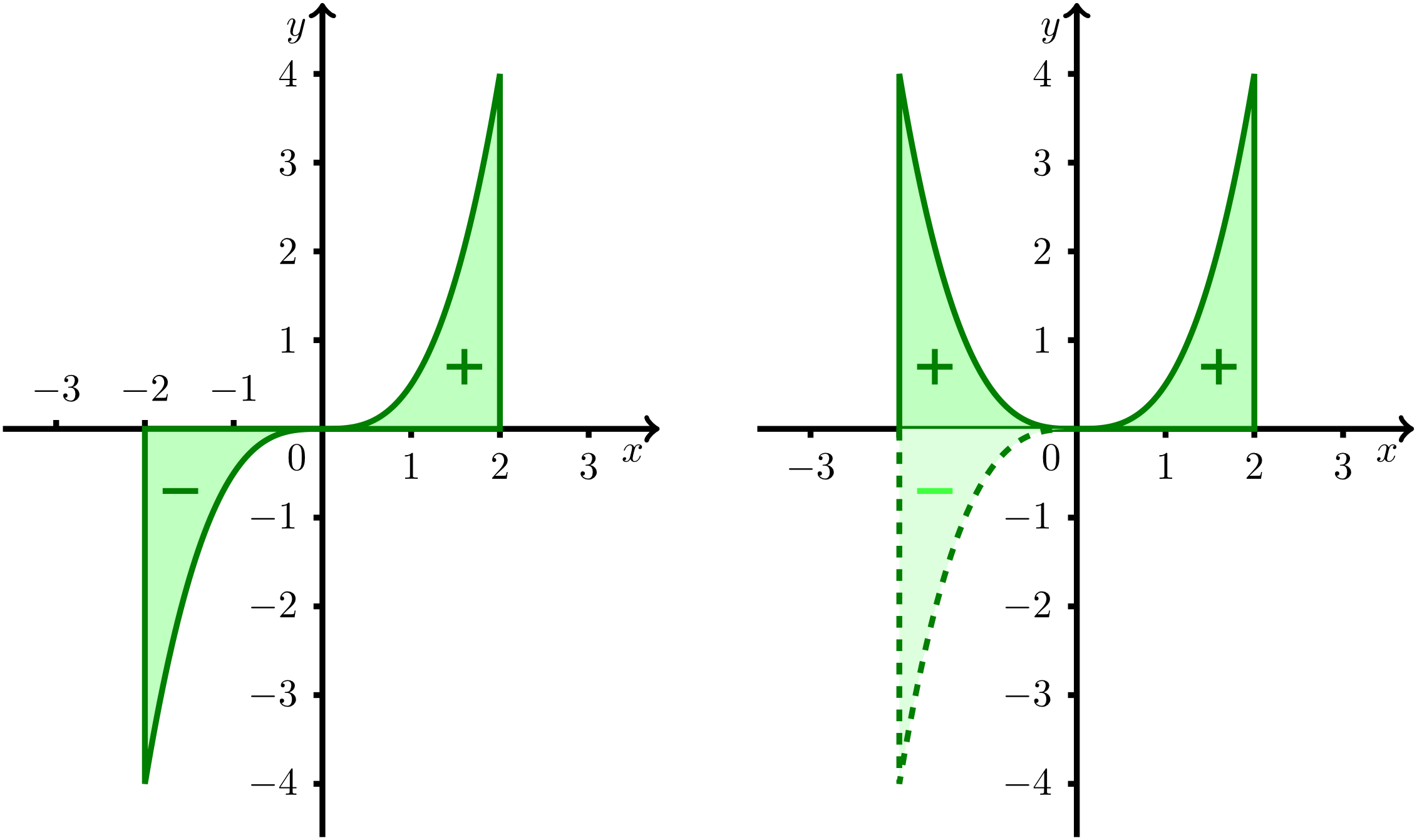 Let a continuous function on an interval be given. Moreover, let , ..., be the zeros of with . We set and . Then, the area bounded by the graph of and the -axis equals

This shall be explained in more detail for the example above.


to obtain the value .
However, not only areas of regions between a graph of a function and the -axis can be calculated but also areas of regions that are bounded by two graphs of functions as illustrated in the figure below. The right-hand part of this figure indicates the required area that is calculated as the difference of the area in the left part of the figure and the area in the middle.

Again, this principle shall first be presented formally, then explained by means of an example.

Calculation of Areas of Regions between the Graphs of two Functions 8.3.3

Let two continuous functions on an interval be given. Moreover, let , ..., be the zeros of with . We set and . Then the area of the region between the graphs of and can be calculated from

Let us now consider an example.

Calculate the area of the region between the graphs of and with and for . First, we find the zeros of the function . From


the real zeros of can be calculated:


Alternatively, from the third binomial formula, we have:


In the first calculation, after taking the first root we did not consider the case any further since the zeros obtained from the resulting equation are not real. Thus, the real zeros of are and . These are also the boundary points of the interval of integration. Thus, a partition of the integral into different parts is not necessary. On the interval of integration, the function values of are smaller than the function values of . For the area of the region, we obtain