In Module 9 we described lines in the plane using coordinate equations for the points lying on the lines with respect to a fixed coordinate system. In this way, for example, a line with slope and -intercept is given as the set of points


which is often abbreviated by specifying only the coordinate equation of a line (here in normal form):


The figure below shows this line. 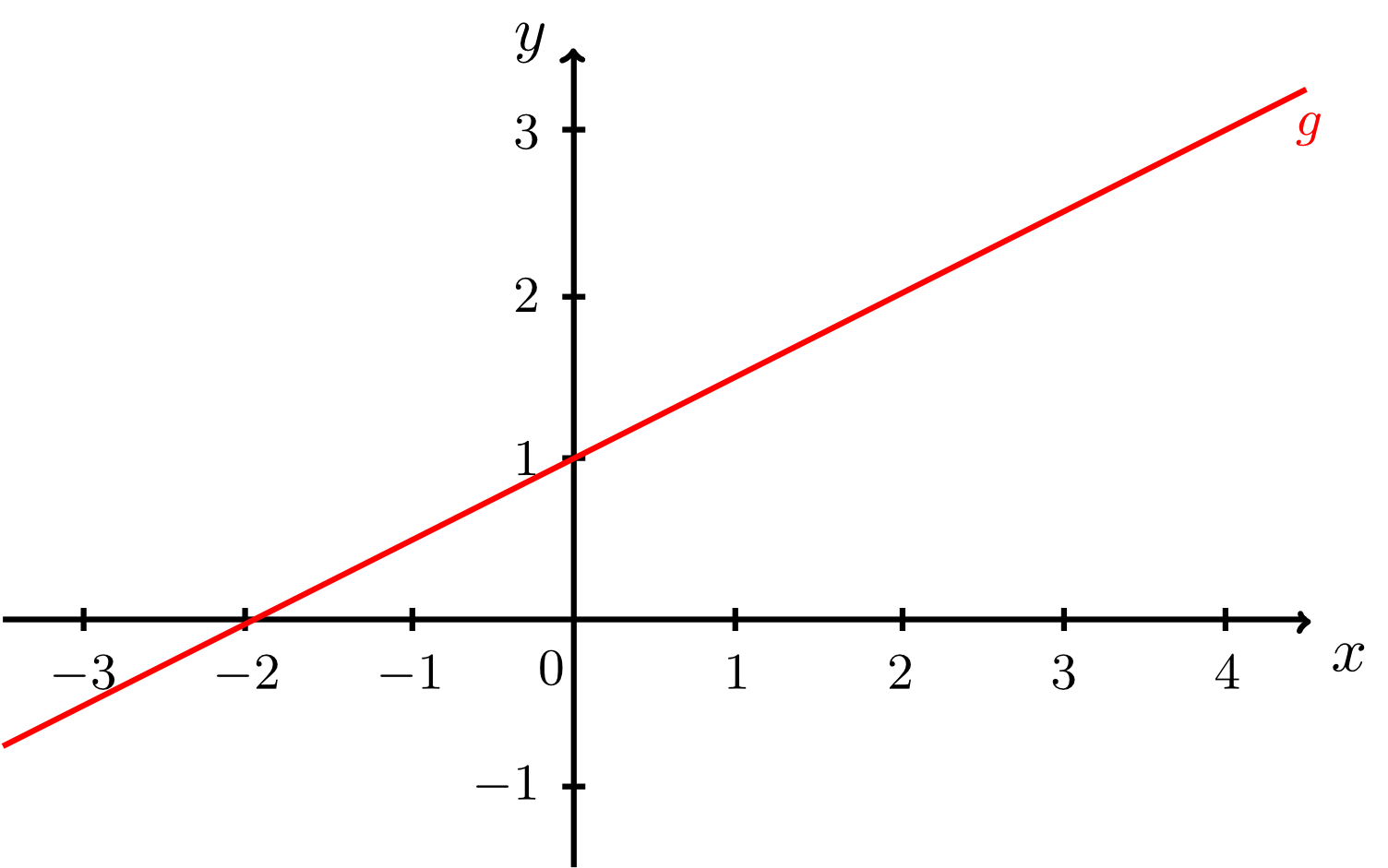 
This equation can be substituted into the description of the point. Then, we see that the line consists of points of the form with . Let the corresponding position vectors of these points be denoted by . Then, we have


with . Using position vectors, the line can also be described by


In other words: The points of are defined by the sum of the vector and all possible multiples of the vector , i.e. all vectors collinear to the vector . The figure below illustrates this approach. 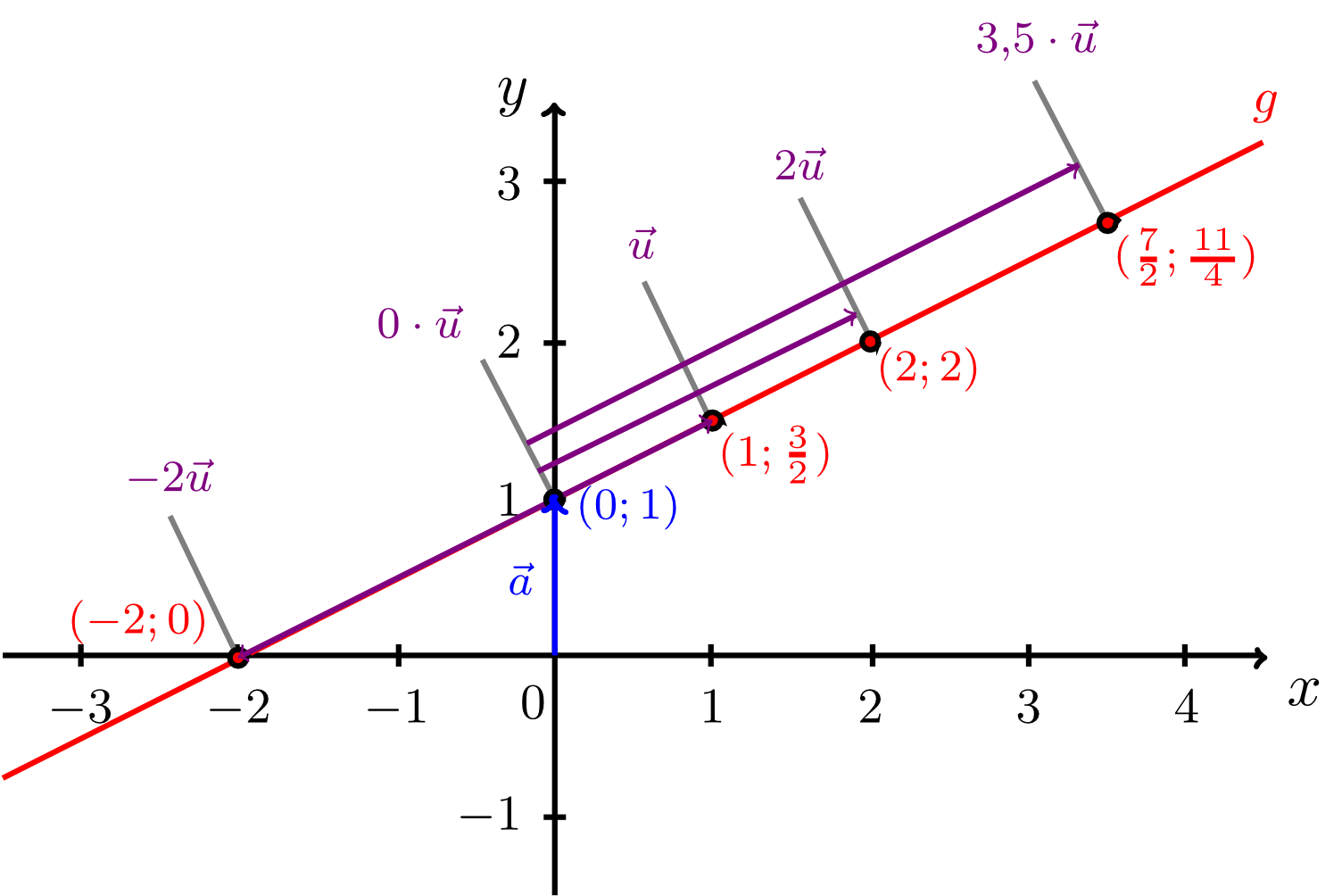 The Info Box below outlines the most relevant terms, methods and concepts for this so-called vector form or parametric form of an equation of a line.


in parametric form, but also by the equations


but the parameter value defines, in the corresponding parametric equation of , the point


The example below lists a few applications of equations of a line in vector form.

In contrast to lines in the plane, lines in space cannot be described by an equation of a line in coordinate form. However, the description by a parametric equation can be easily extended from two to three dimensions (see Info Box below).


often written in short as


As in the two-dimensional case: is called a parameter, is called the reference vector, and is called the direction vector of the line (see figure below). 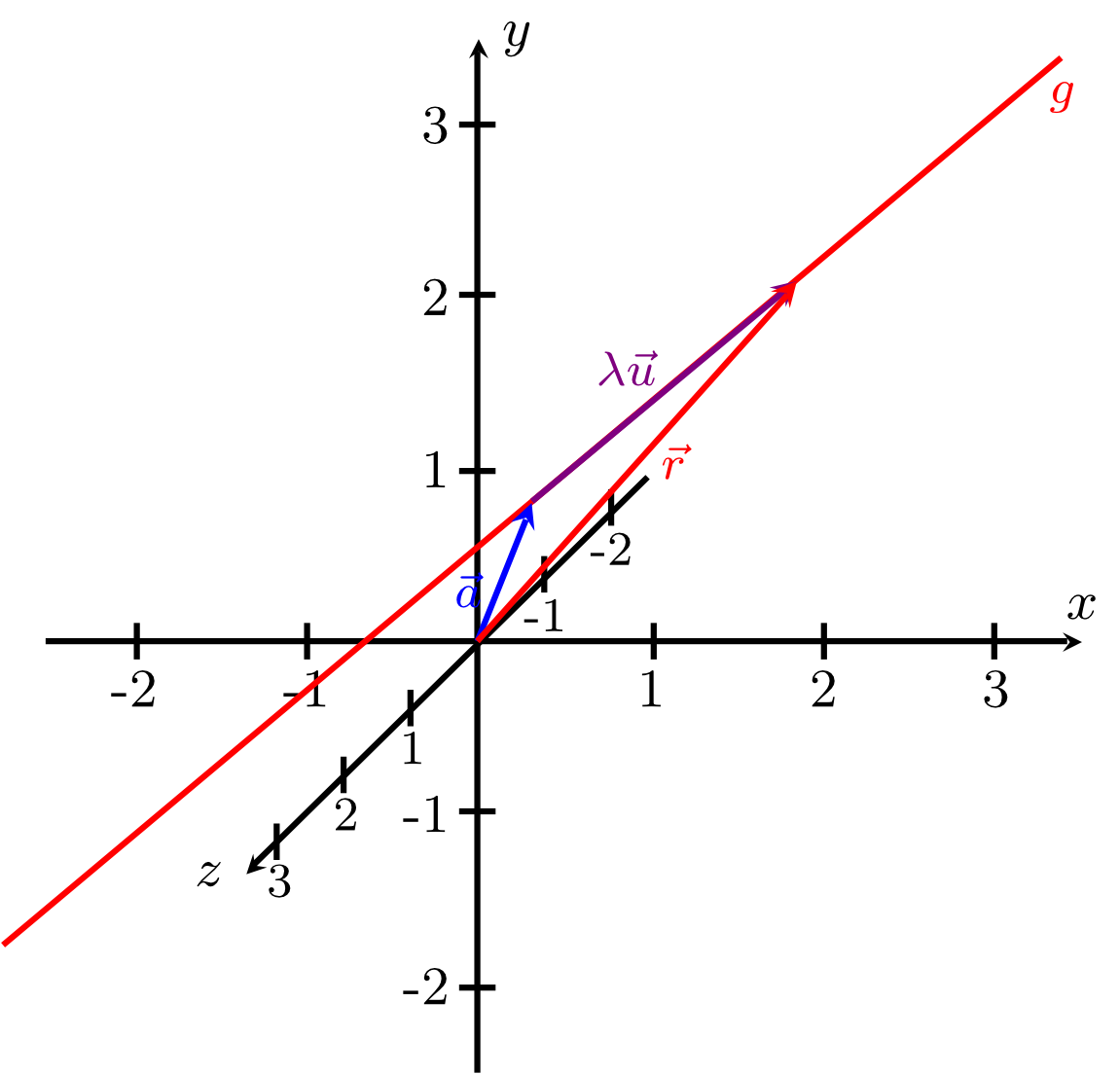 In this three-dimensional case, as in the plane, the parametric form of the equation of a line is not unique. The example below lists a few applications of parametric equations of a line in space.

Let the two points and in space be given. Find two different representations of the line in parametric form. We use the connecting vector as direction vector:


The point can be used as reference point. For the parametric form we get


Further possible direction vectors must be collinear to the vector . For example:


as another correct equation of the line in vector form.