In Module 5, we considered objects in the plane - lines and circles - in a purely geometric way. If we want to analyse such algebraically as well (by means of equations), then we can introduce coordinate systems, in which we can specify points uniquely. The basic idea of a coordinate system is very easy: to specify the position of a point exactly, we use a reference point (called the origin) and a certain unit length (e.g. kilometre). In this way, the position of a point can be given by two numbers. In mathematics, these two numbers are called the coordinates of the point. In the real world coordinates can be found, for example, on marker plates that specify the position of hydrants in the ground (see figure below). 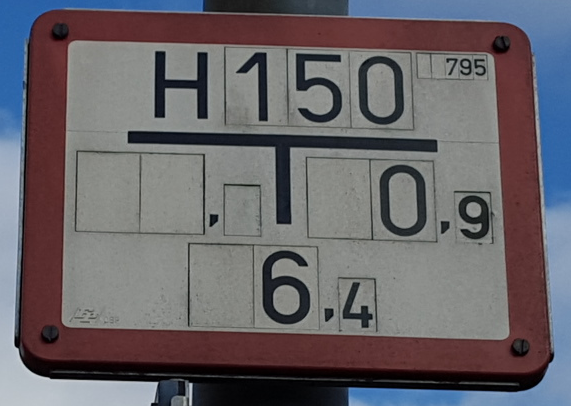 In this case, the origin is the position at which the plate is mounted, the unit length is metre, and the numbers  and  specify that the hydrant can be found  metres to the right and  metres backwards. Hence, the two numbers  and are the coordinates of the hydrant in the coordinate system defined by the position of the marker plate and the unit length of a metre (see figure below). 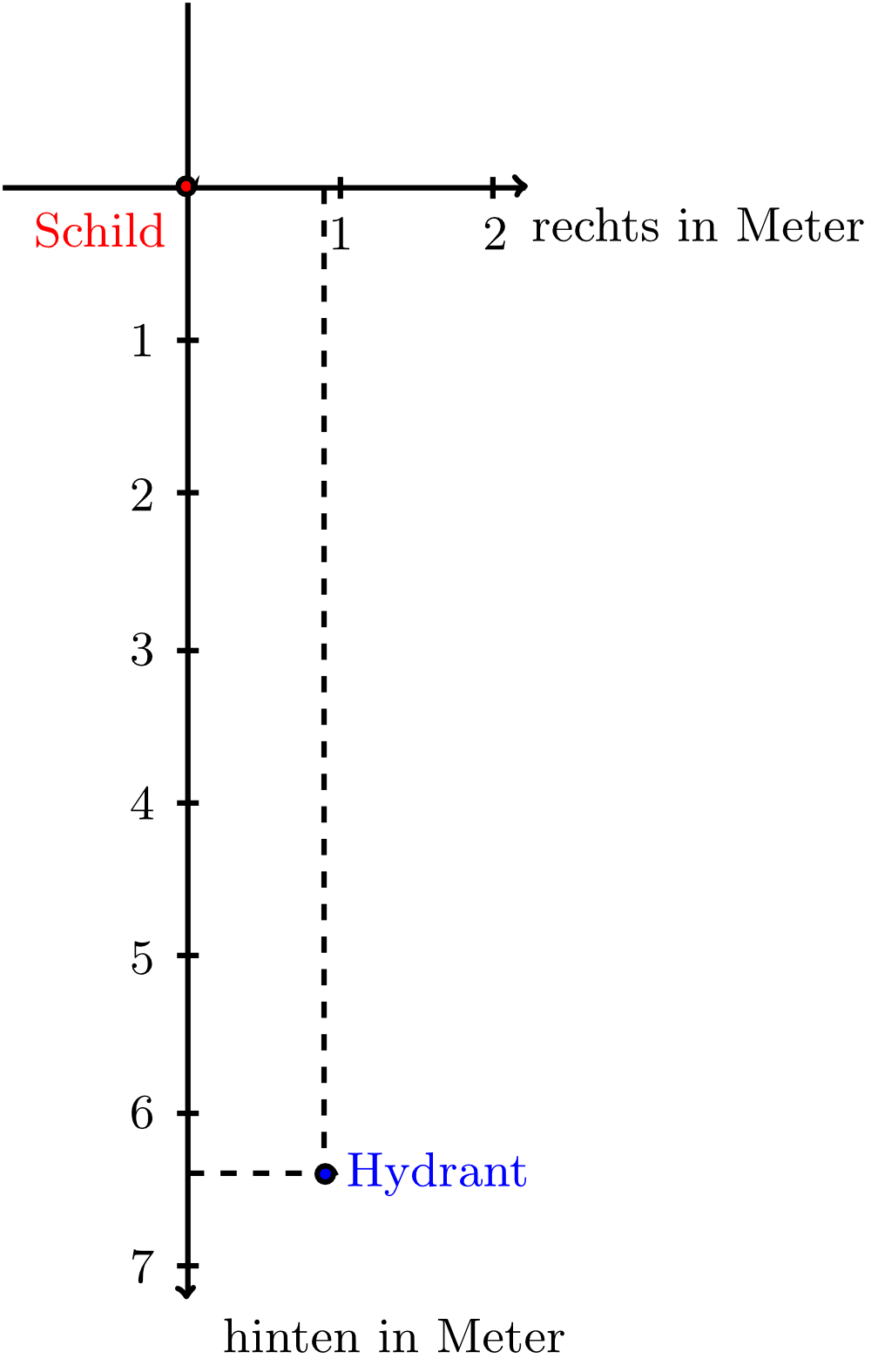 In mathematics, directions in a coordinate system are rarely called "right" and "backwards". In drawing a coordinate system, the horizontal direction is often called -direction or -direction, and the vertical direction is called -direction or -direction. Moreover, by mathematical convention the -direction is to the right and the -direction is up. The unit length used can also be specified, but from a purely mathematical point of view this is not necessary. Note that negative coordinates are to the left and below the origin. Finally, the drawn axes are often called -axis or -axis and -axis and -axis according to the coordinates. Furthermore, the names axis of abscissa for the horizontal axis and axis of ordinates for the vertical axis are in common use. (Correspondingly, the coordinate values are then called abscissas and ordinates.) From the figures above, we can see that such a coordinate system divides the plane into four regions. These regions have special names: quadrants I to IV (see figure below). 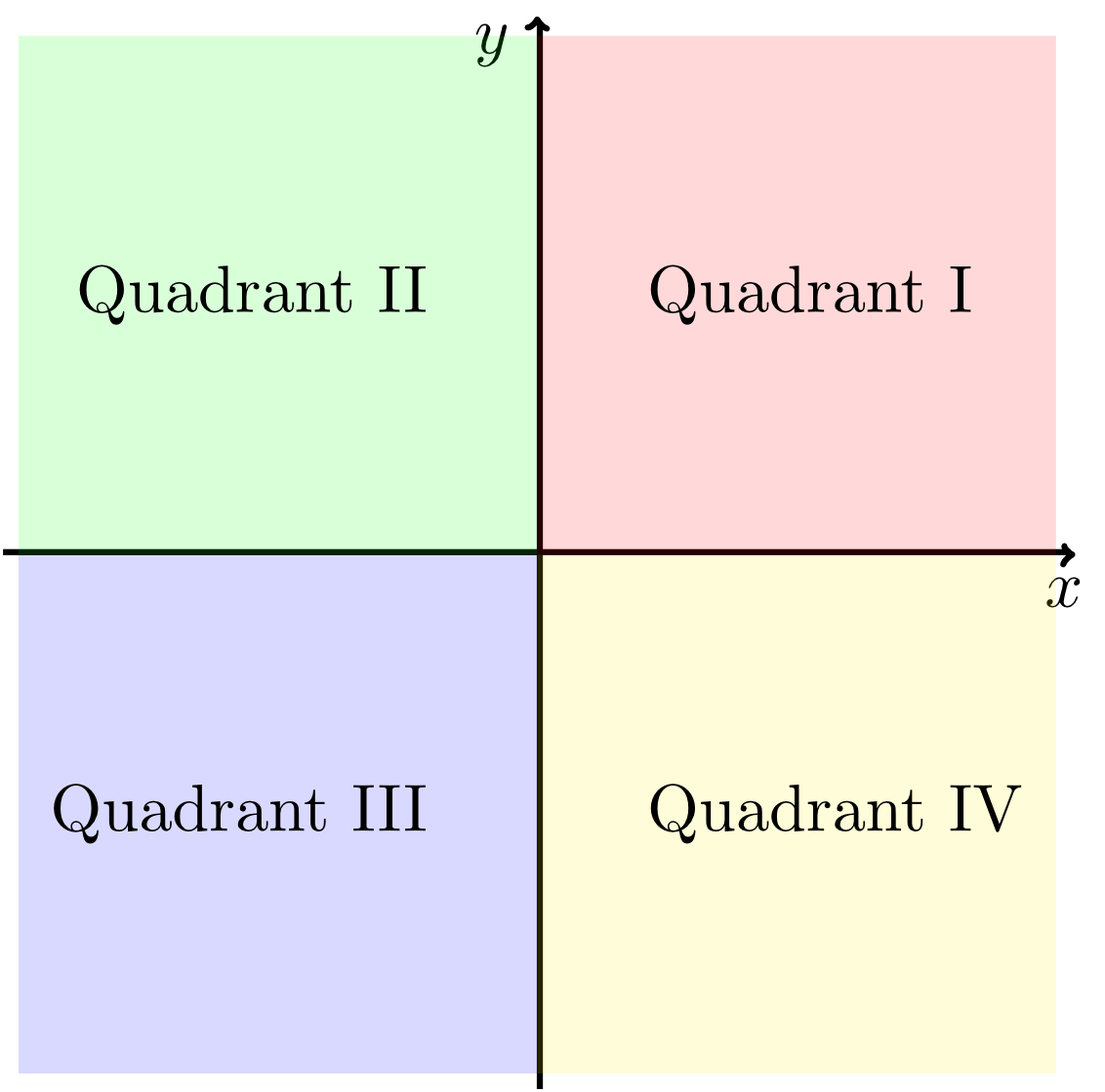