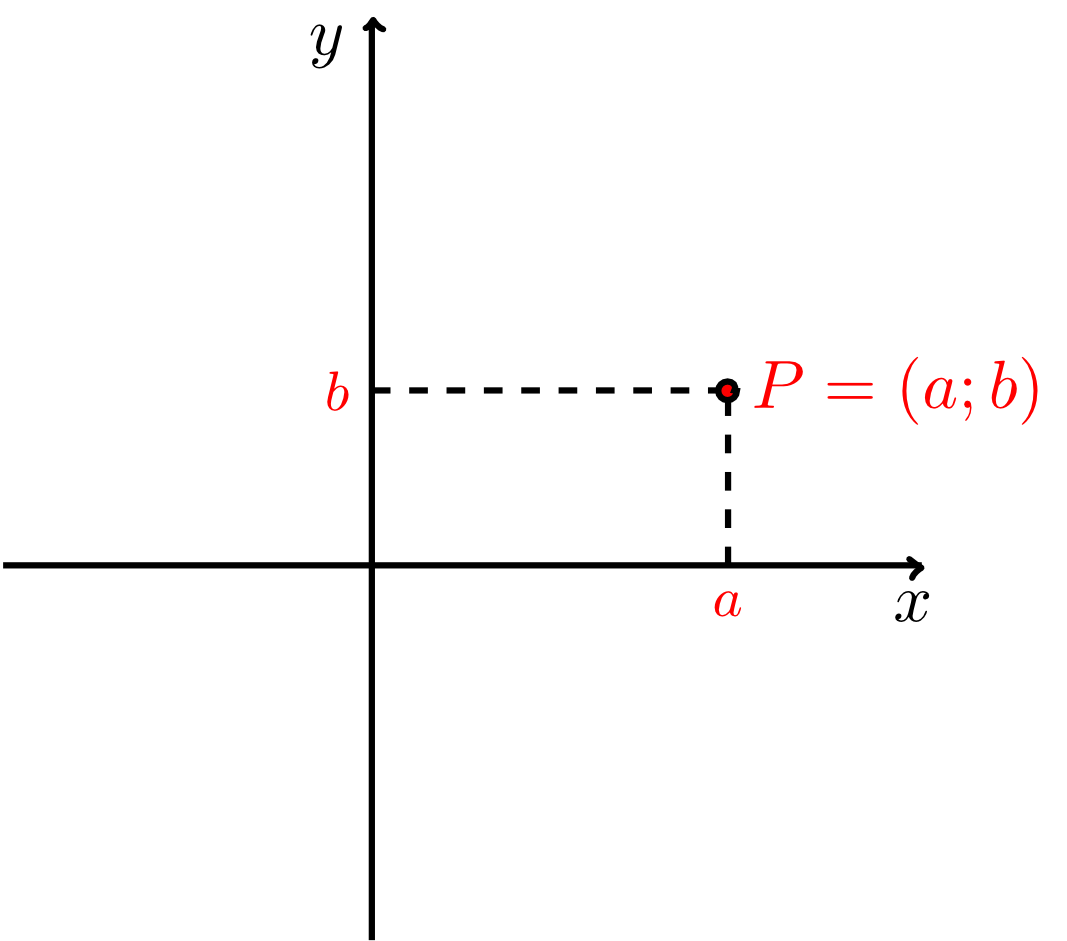 For points, there is some variation in notation. In schools, or is often written instead of . Throughout this course, the notation will be used. Since points are uniquely determined by their coordinates, we will not distinguish between a point and its coordinates in the following but we will consider both as the same object. For every coordinate system, the origin (the point with the coordinates ) is a special point. Generally, it is denoted by the variable : . 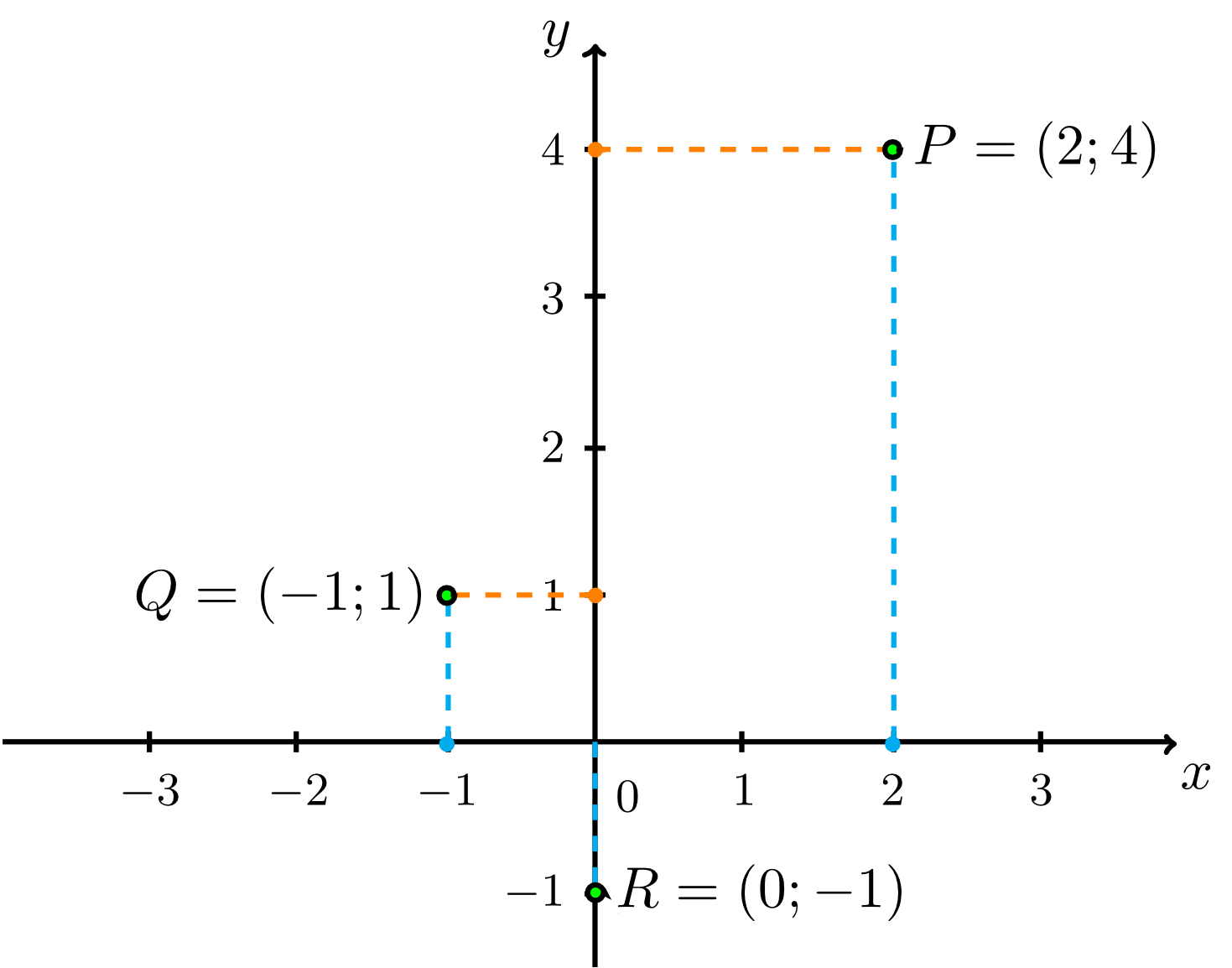 Specify the coordinates of the points drawn in the following coordinate system. 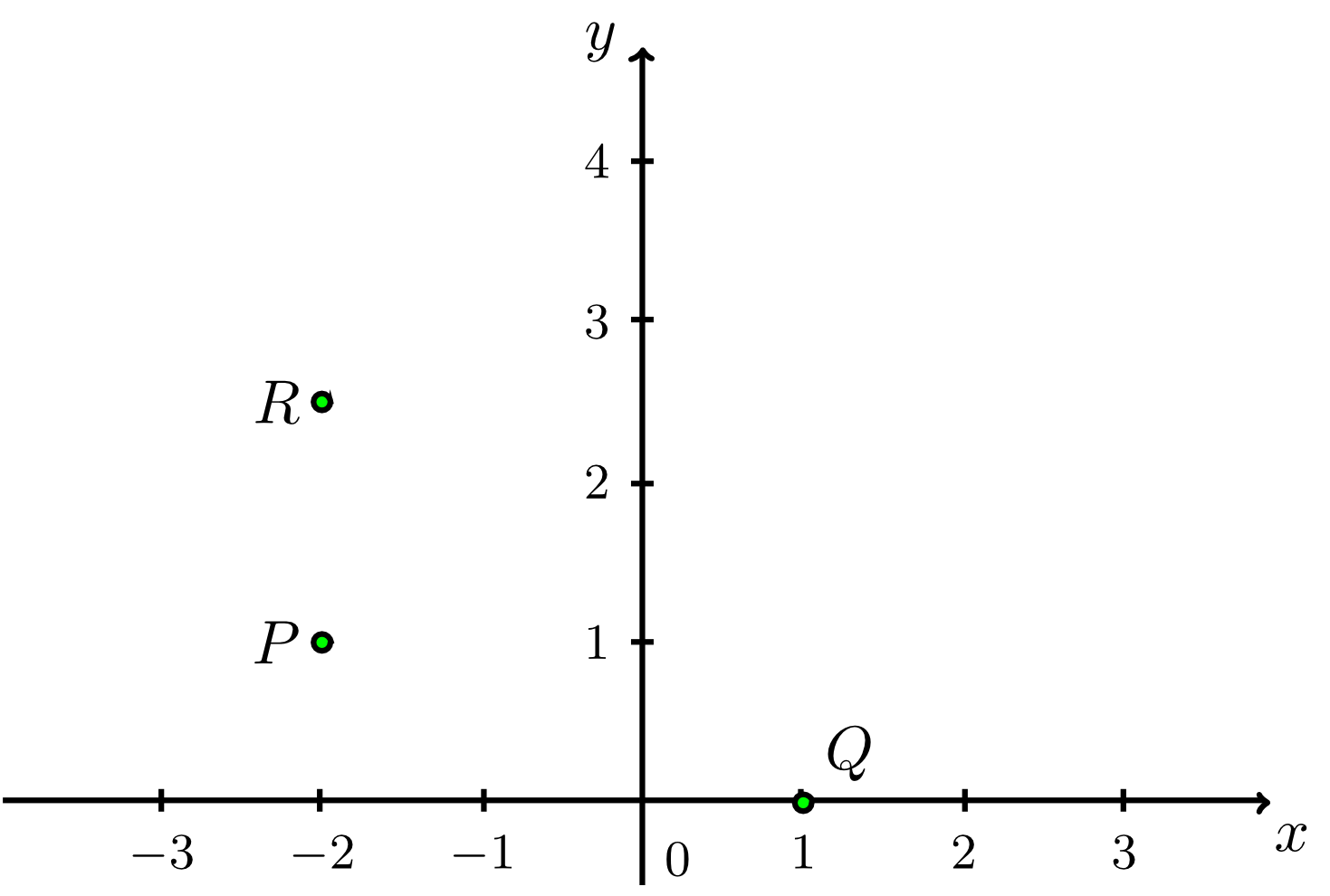 Enter the points as . For example, enter (12;-4) for a point with -coordinate and -coordinate .
The coordinates of the given points are:


In the following sections we will describe further geometrical objects, such as lines and circles, by coordinates. For this purpose, we first have to understand that points in the plane (described by their coordinates with respect to a given coordinate system) can be collected into so-called sets of points. This is illustrated by the example below.

In the figure below, three points are plotted. 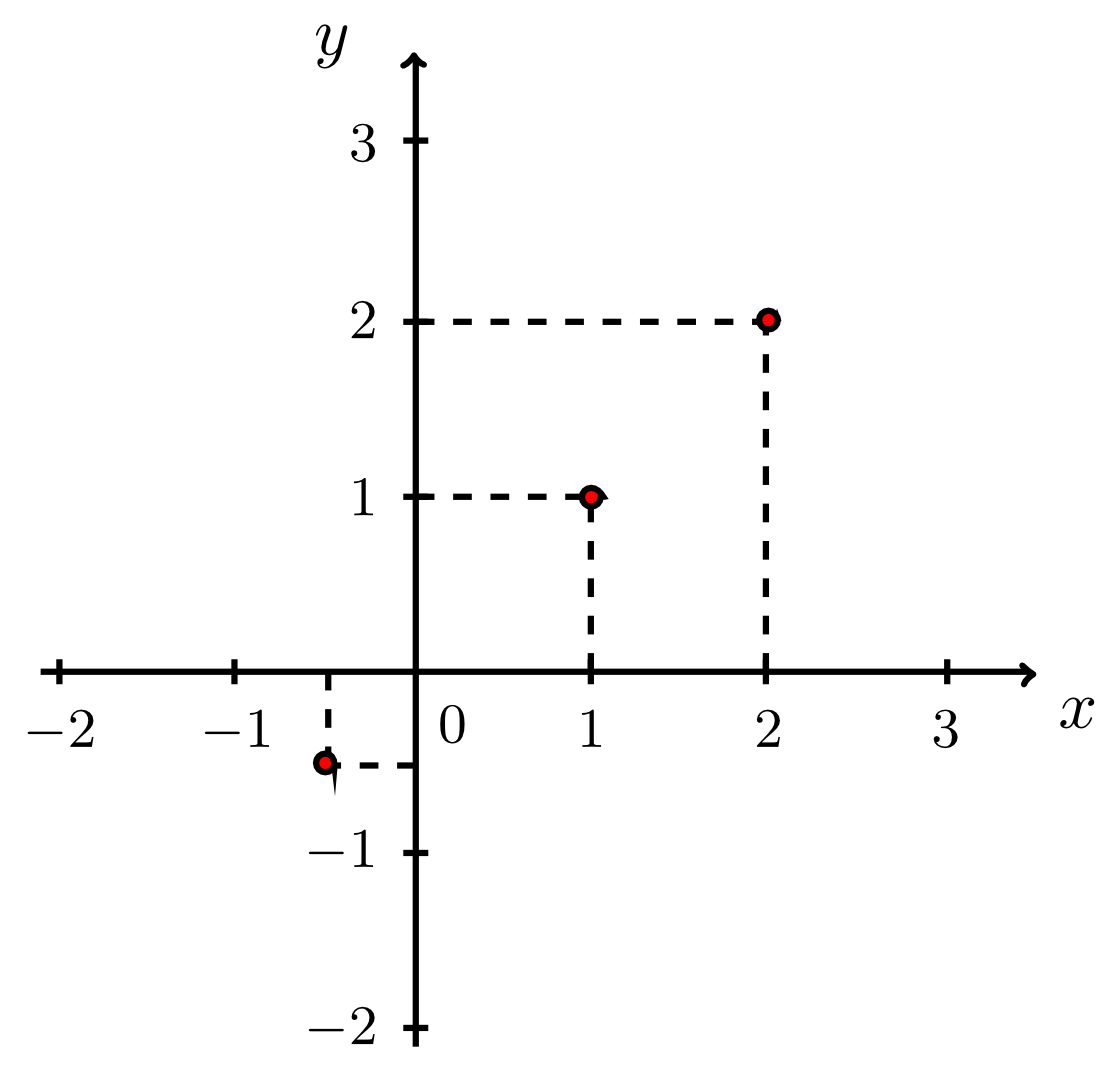 This set of points can be described by the following specification:


The symbol reads as " two", " to the power of two", or " squared". This indicates that every point can be described by a pair of coordinates (also denoted as ordered pair) that consists of two real numbers.