Section 9.2 Lines in the Plane

In the previous Section 9.2.2 we discussed how to describe lines by means of equations in coordinate form and how to find the equations of a line from given data. This section investigates the relative positions of lines (given by equations) with respect to each other and with respect to other given points. The latter question can be answered very easily since a point either lies on a line or it does not.


and a point in be given. The point lies on the line (i.e. ) if and only if its abscissa and its ordinate satisfy the equation of the line, i.e. if we have

Thus, using an equation of the line, we can check whether points lie on the line or do not.

Let us consider the line


We see that the point lies on since its coordinates and satisfy the equation of a line, i.e.


The point , however, does not lie on since its coordinates and do not satisfy the equation of a line, i.e. 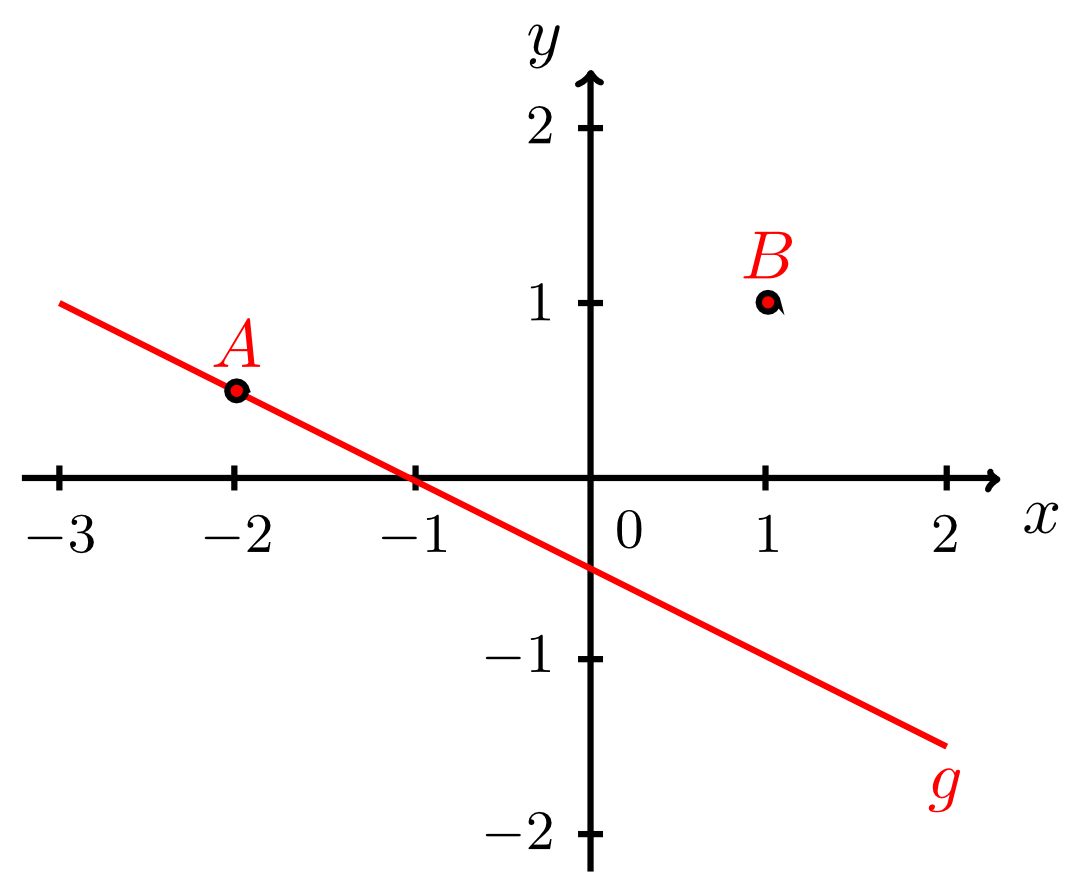 Decide whether the given points lie on the given lines by inserting and calculating. Tick the points that lie on the line.
:

The equation of the line can be simplified:


Thus, the line is parallel to the axis of ordinates, and all points ith abscissa lie on . From


we see that, on our list, these are only the points and . All our other points do not lie on the line . This is illustrated by the figure below. 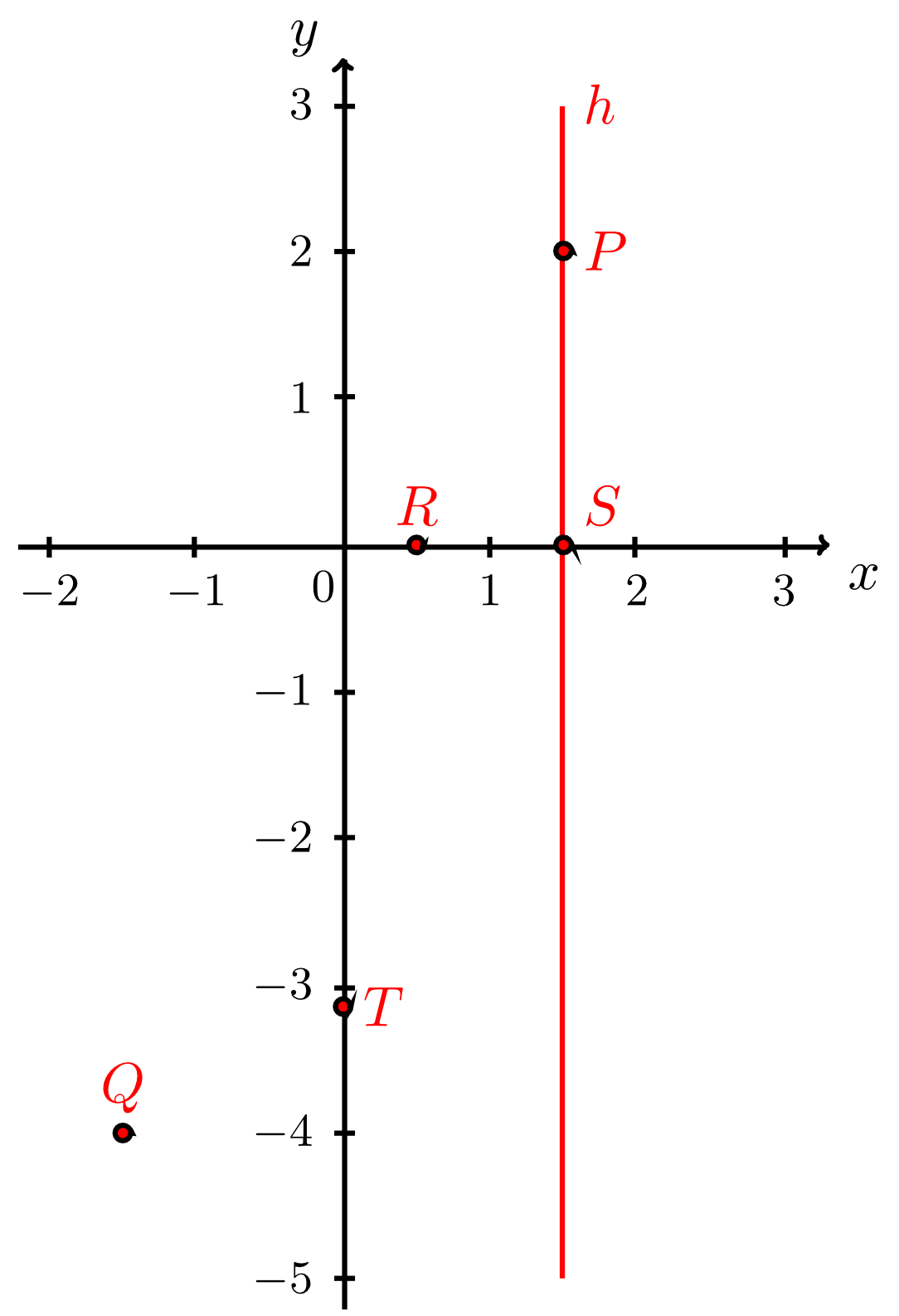 Two lines on a plane can have three different relative positions:

Let and be two lines in the plane that are described by equations of a line with respect to a coordinate system. Then the lines have exactly one of the following relative positions with respect to each other:
The last case seems to be a little strange at first glance. You may wonder why two names ( and ) exist for the same object. Different equations can in fact describe exactly one and the same line if the equations arise from each other by equivalent transformations. Sometimes this is not obvious but can be seen from a detailed investigation. This idea is illustrated by the example below.

The methods for calculating the intersection point of lines are the methods for solving a system of two linear equations in two variables (in this case these are the equations of a line) that were discussed in detail in Module 4. In particular, the geometrical aspect of the intersection point of lines was discussed in detail in Section 4.2 in this context. Hence, for the methods of finding an intersection point, we refer to Section 4.2 and highly recommend a brief repetition of the material presented there. However, if two equations of a line are given in normal form, i.e. if their slopes and -intercepts are known, then it can be seen immediately (without a calculation) which of the three relative positions defined in Info Box 9.2.15 applies to the two lines:

Let two lines and in the plane be given by equations in normal form. 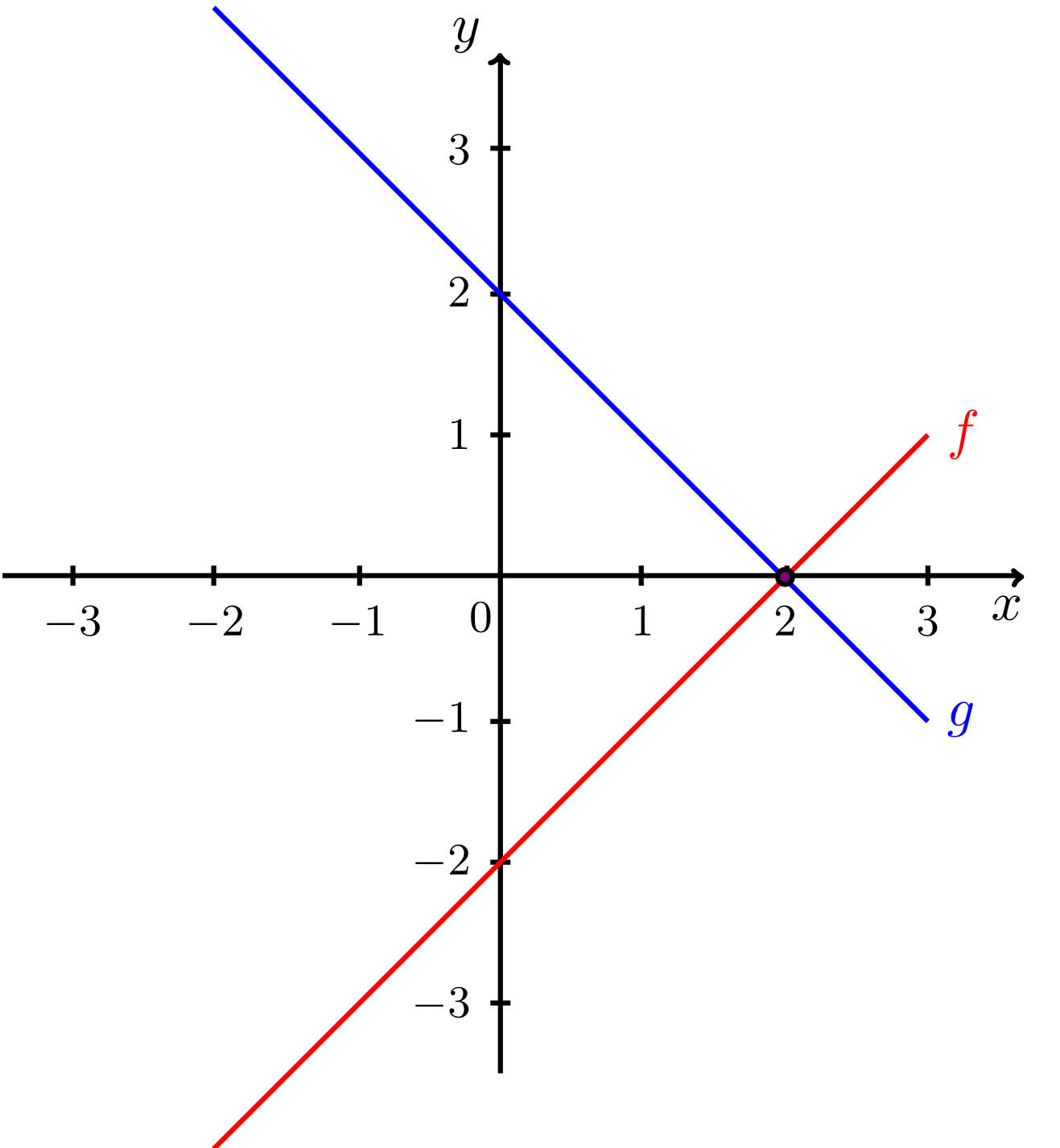 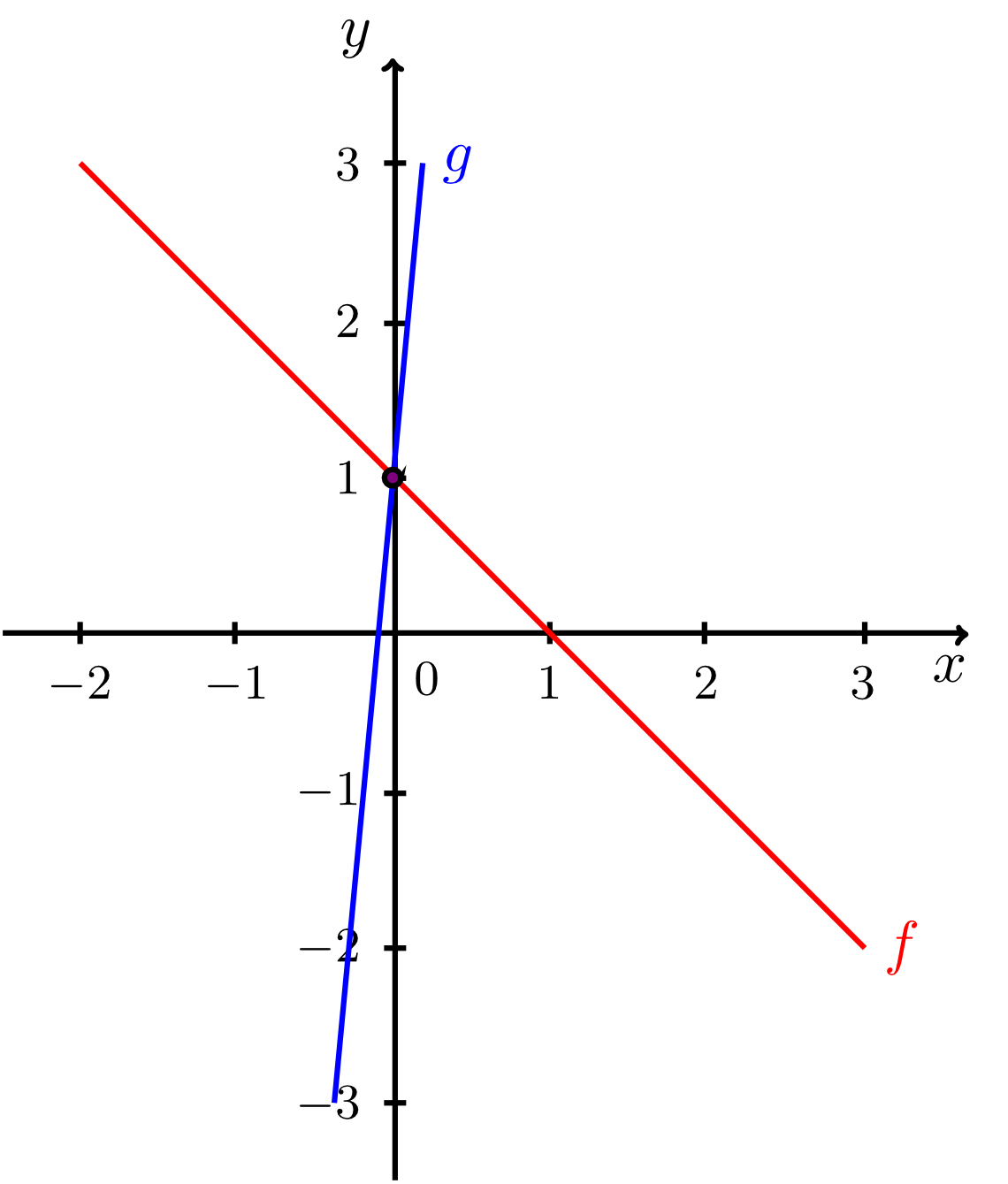 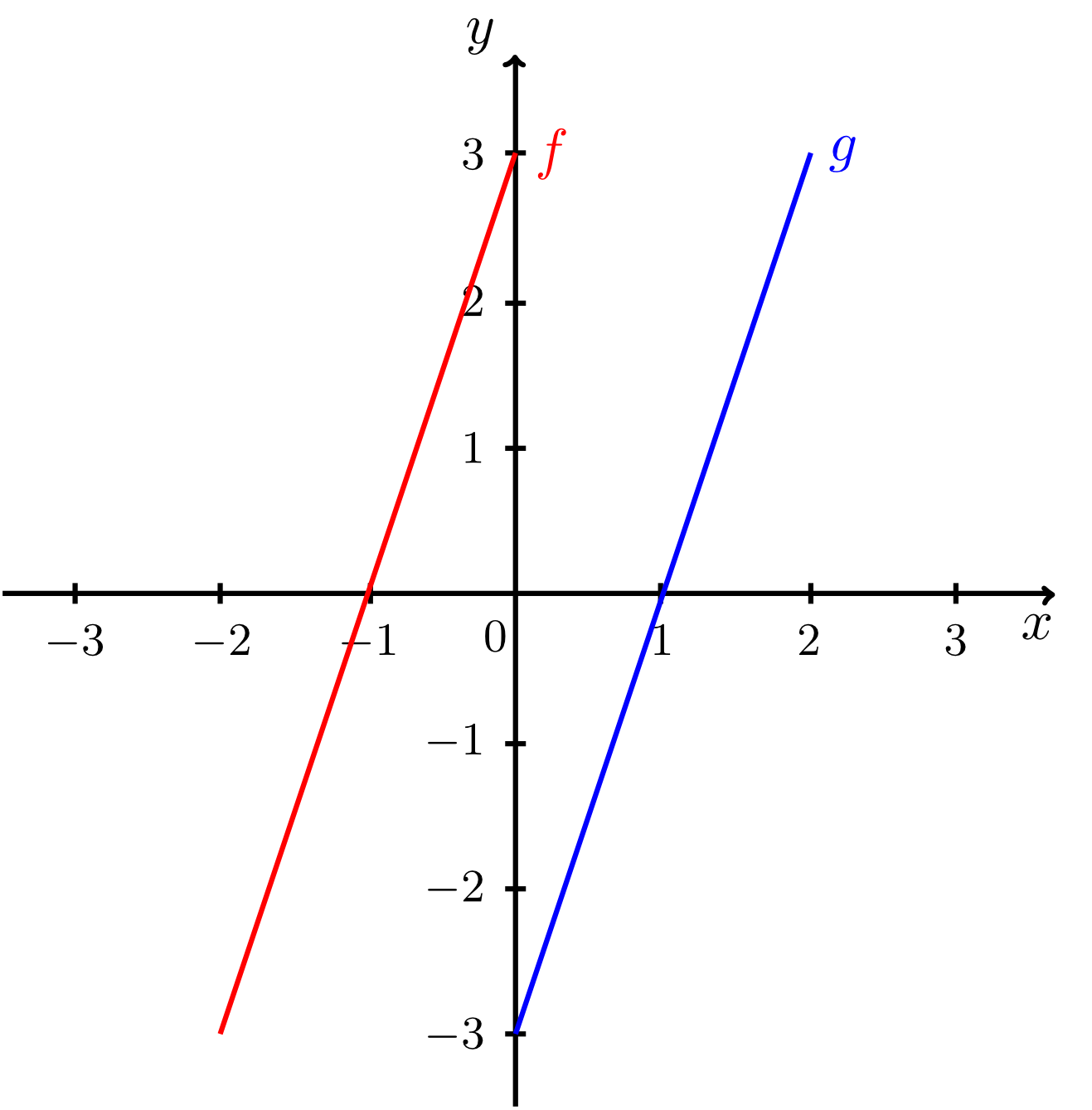 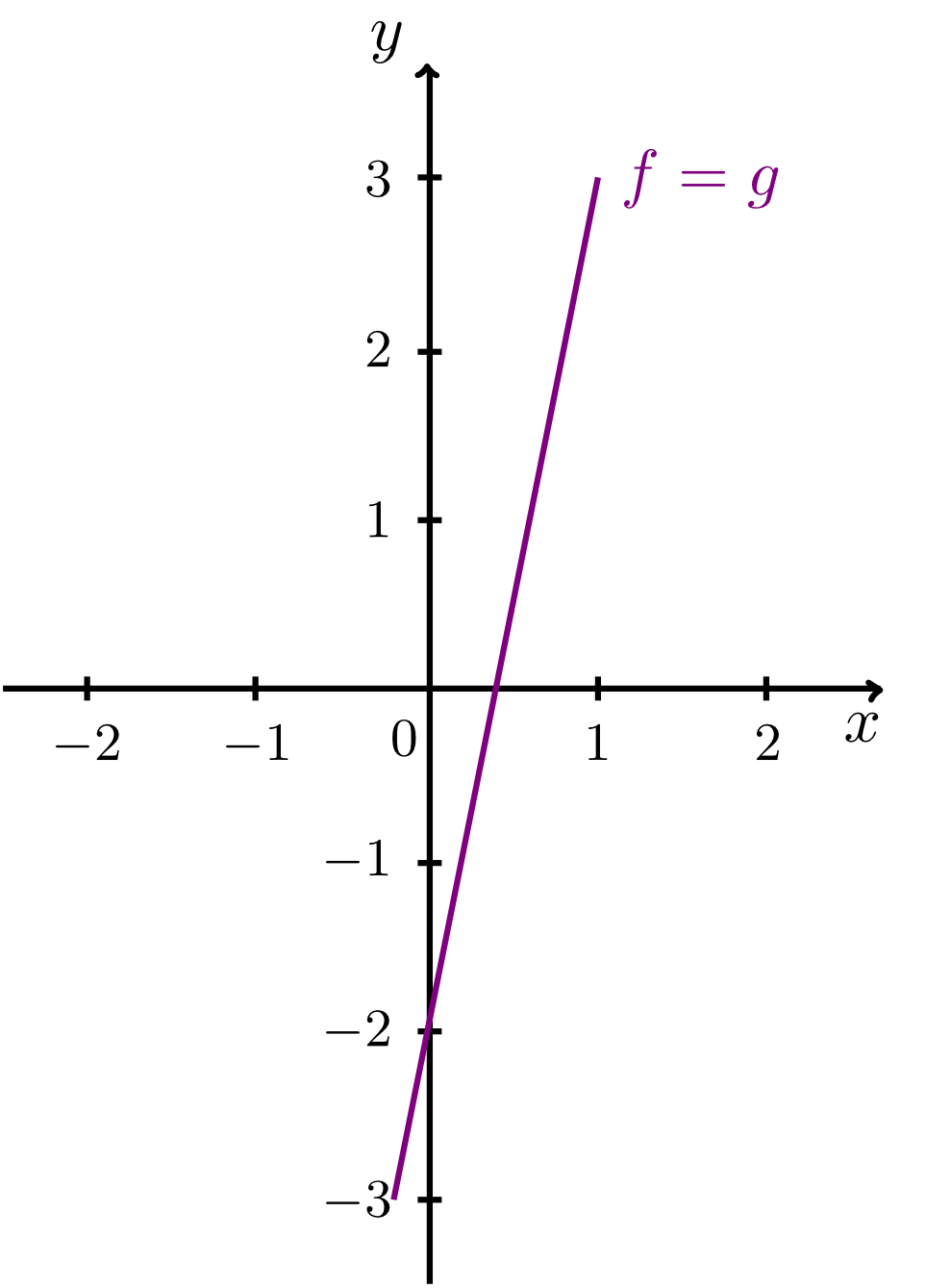