Section 5.3 All about Triangles

Many statements on geometric figures and solids arise from the properties of triangles. A triangle is the "simplest closed figure" which can be determined by three non-collinear points (i.e. the points do not lie on a single straight line). First, we will present the important terms. Then we will determine under which conditions a triangle is uniquely defined and how individual angles and sides can be calculated. Here the intercept theorems are an important tool, since they can also be considered as statements on relations between different triangles. In Section 5.6 we will then investigate functional relations between side lengths and angles enabling us to answer advanced questions relevant to applications.

A triangle is constructed by joining three non-collinear points , , and . The triangle is denoted by .
The sum of all (interior) angles is always or . Hence, at most one angle can be equal to or greater than or . Consequently, triangles are classified according to their greatest interior angle into three types:

Triangles are named according to their angles as follows:
As an example, let us consider the simple structure of a car jack with the shape of a triangle (see figure below): It consists of two rods connected by a joint. The two other endpoints of the rods can be pulled together. The greater the angle of a rod with respect to the street is, the higher the joint is above the ground. 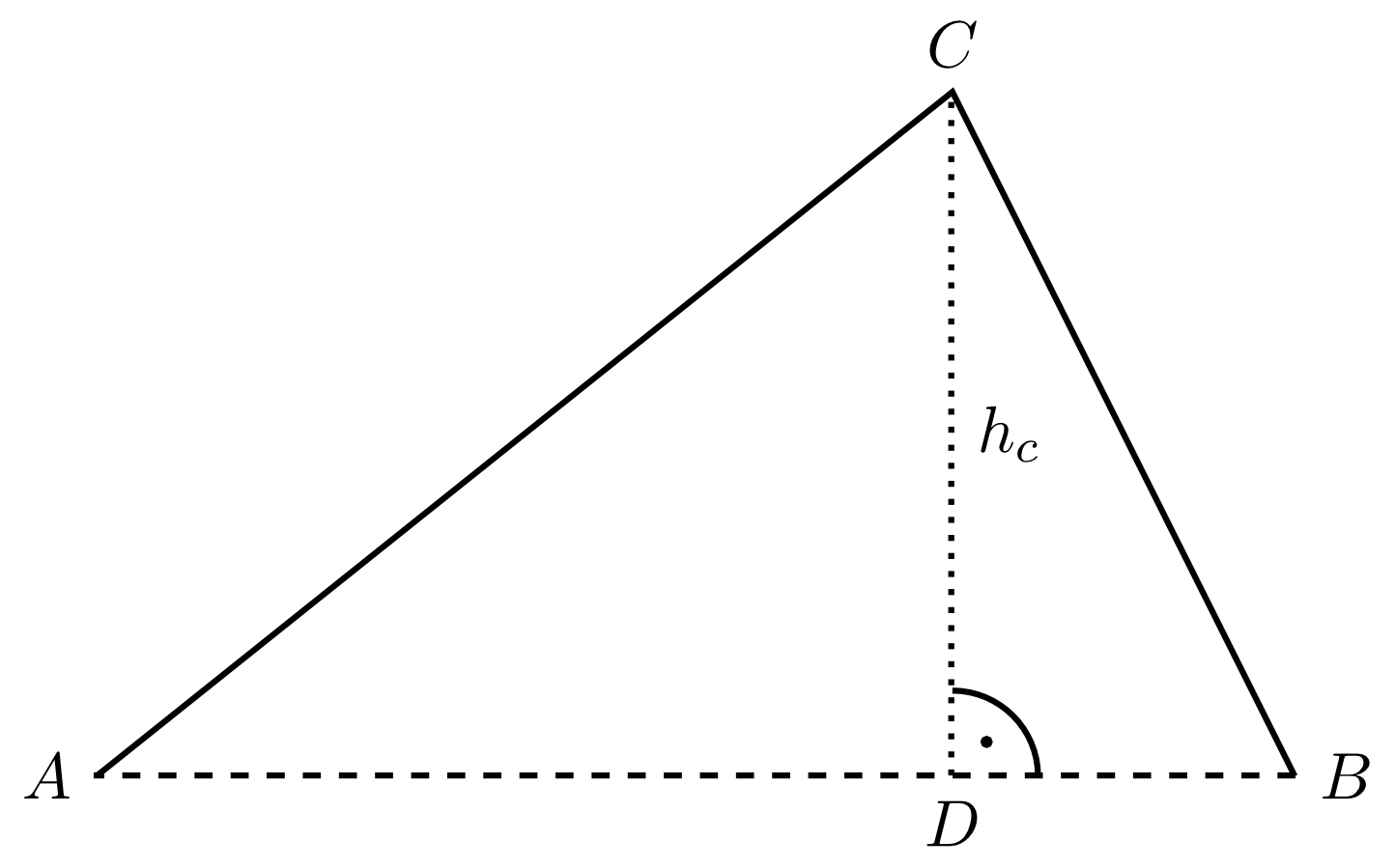 Thus, in a triangle the shortest line segment between vertex and the line defined by the side opposite to is called the altitude (or height) of the triangle on the (base) side . The second endpoint of the line segment is called the perpendicular foot. The altitudes and are defined accordingly. One can also say that altitudes are those line segments that are perpendicular to the line of a side and have the vertex opposite to the relevant side as an endpoint.