In addition to the linear affine functions studied in the previous section, we can also think of functions that assign to every real number a non-negative integer power of the number. An example is the function 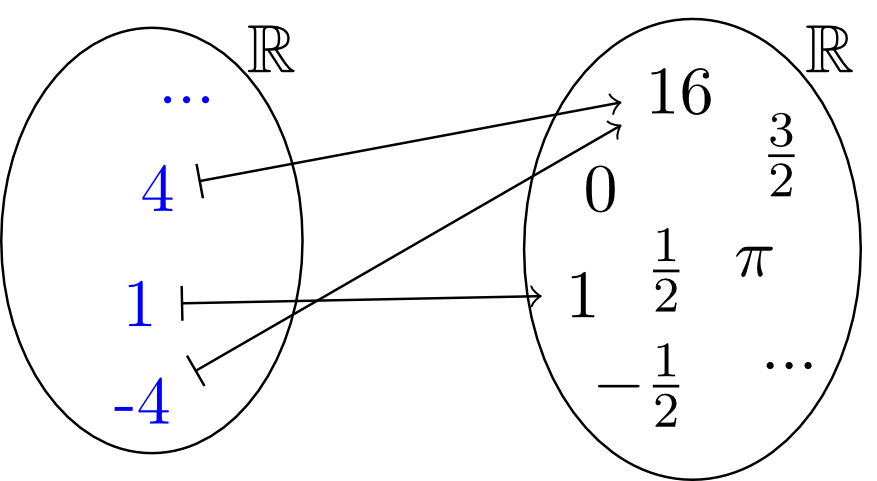 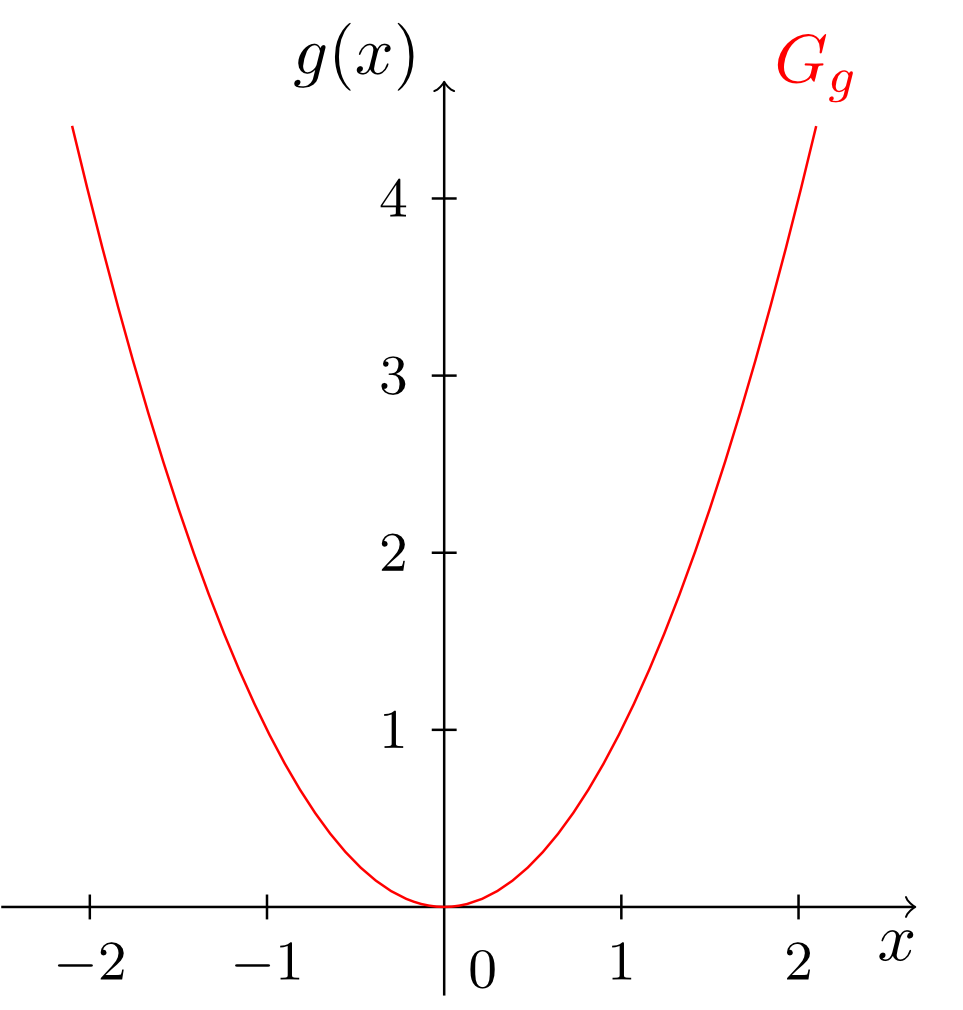 This works for every non-negative integer exponent, and generally this function is written as


with , and it is called a monomial. The exponent of a monomial is called the degree of the monomial. For example, the function described at the beginning of this section is a monomial of degree . 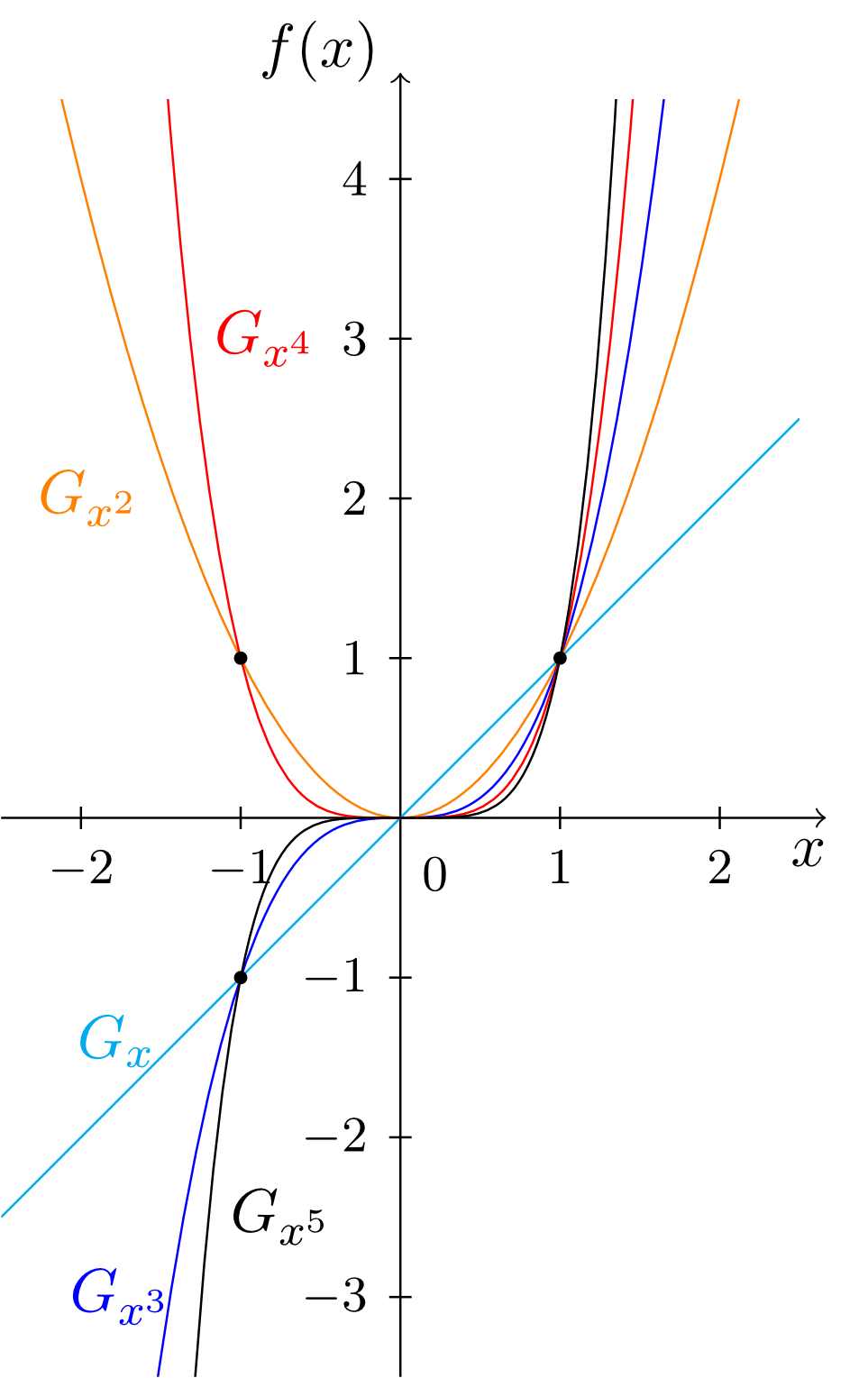 On the basis of these graphs, we now summarise some conclusions on monomials: There is a fundamental difference between monomials (with the mapping rule , ) of even and odd degree. The range of monomials of an even non-zero degree is always the set , while monomials of odd degree have the range . Furthermore, we always have