Why it is assumed that the base of the exponential function is greater than zero?
An exponential function will be defined not only for certain, specific, or isolated values of the variable but, if possible, for all real numbers. If negative bases were allowed, then problems would immediately arise in extracting roots - referring to , etc. For example, square roots of negative numbers are not defined, see Section 6.3.
Some general properties can be seen from the figure below showing exponential functions , for different values of : 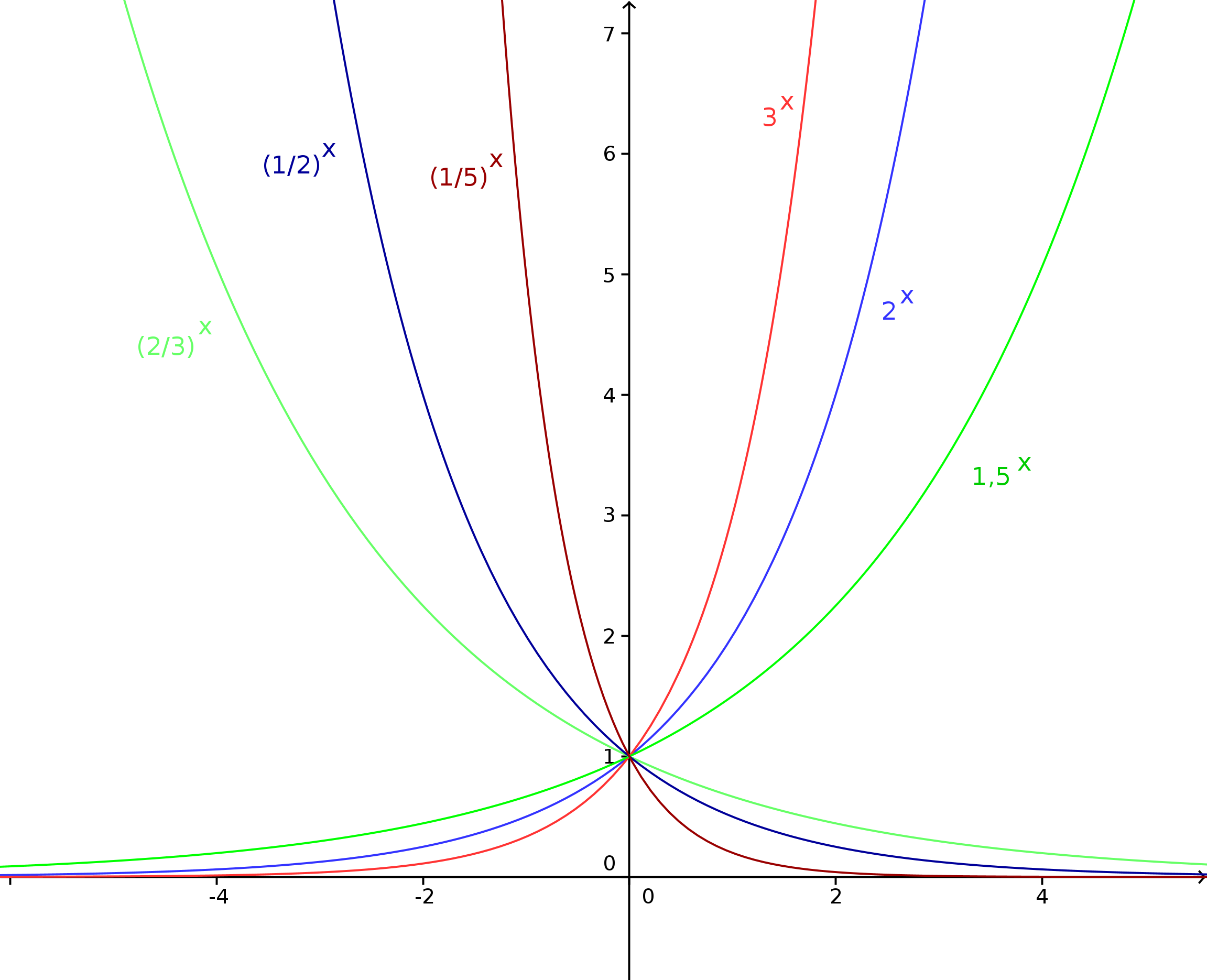 What are the parameters and ? The parameter is easily explained: if the value is inserted in the general exponential function , resulting in


then it can be seen that is a kind of starting point or initial value (at least if the variable is taken for a time); the exponential progression is generally multiplied by the factor and thus weighted accordingly, i.e. stretched (for ) or compressed (for ). The parameter that occurs in the exponent is called growth rate; it determines how strong the exponential function - with the same base - increases (for ) or decreases (for ). The expression is called growth factor.

Explain the form of the exponential function that occurs in Example 6.4.1.
In every duplication period of minutes - as the name suggests - the population of bacteria is doubled. Compared to the initial value ( bacteria), the number of bacteria doubles after a period of  minutes, quadruples after two such periods, increases by a factor of eight after  minutes (always compared to the initial value, as already said), etc. From that fact we see that a growth process involves powers of ; accordingly, we take as the base of the functional relation . This consideration also determines the exponent of the required exponential function: Our measurement of time has to refer to the duplication period of minutes, hence, the exponent is . After  minutes, the exponent has the value . Then, the growth factor is . After two duplication periods ( minutes), the exponent has the value , and thus the growth factor is altogether , etc. Finally, we have to weight our exponential function by the correct initial value ( bacteria); this is done by the factor .