In contrast to power functions, in exponential functions the independent variable does not occur in the base of the exponential term but in the exponent. Accordingly, we will consider mapping rules such as


Exponential functions are relevant in many different fields, for example, for the description of biological growth processes - including diverse population models -, the processes of radioactive decay, or a certain kind of interest calculation. Let us consider an example.

A bacterial culture starts with bacteria and doubles in size every minutes. We would like to know how many bacteria will be in the culture after hour and minutes (i.e. after minutes). As a first try we can create a simple table of values that lists the number of bacteria in the population at the beginning ( min), after min, after min, etc., i.e. at multiples of the minutes duplication time: From the table we can estimate that the answer to our question will be between and , probably closer to . What about a (more) precise answer? For this, we need to know the functional relation between the values of and the number of bacteria. In the figure below the graph of a function is shown; so to speak, this graph closes the gaps between the isolated points that correspond to the pairs of values in the table and are plotted as well. The corresponding mapping rule assigns to every real valued point in time a number of bacteria. As we will see, the corresponding function is an exponential function. 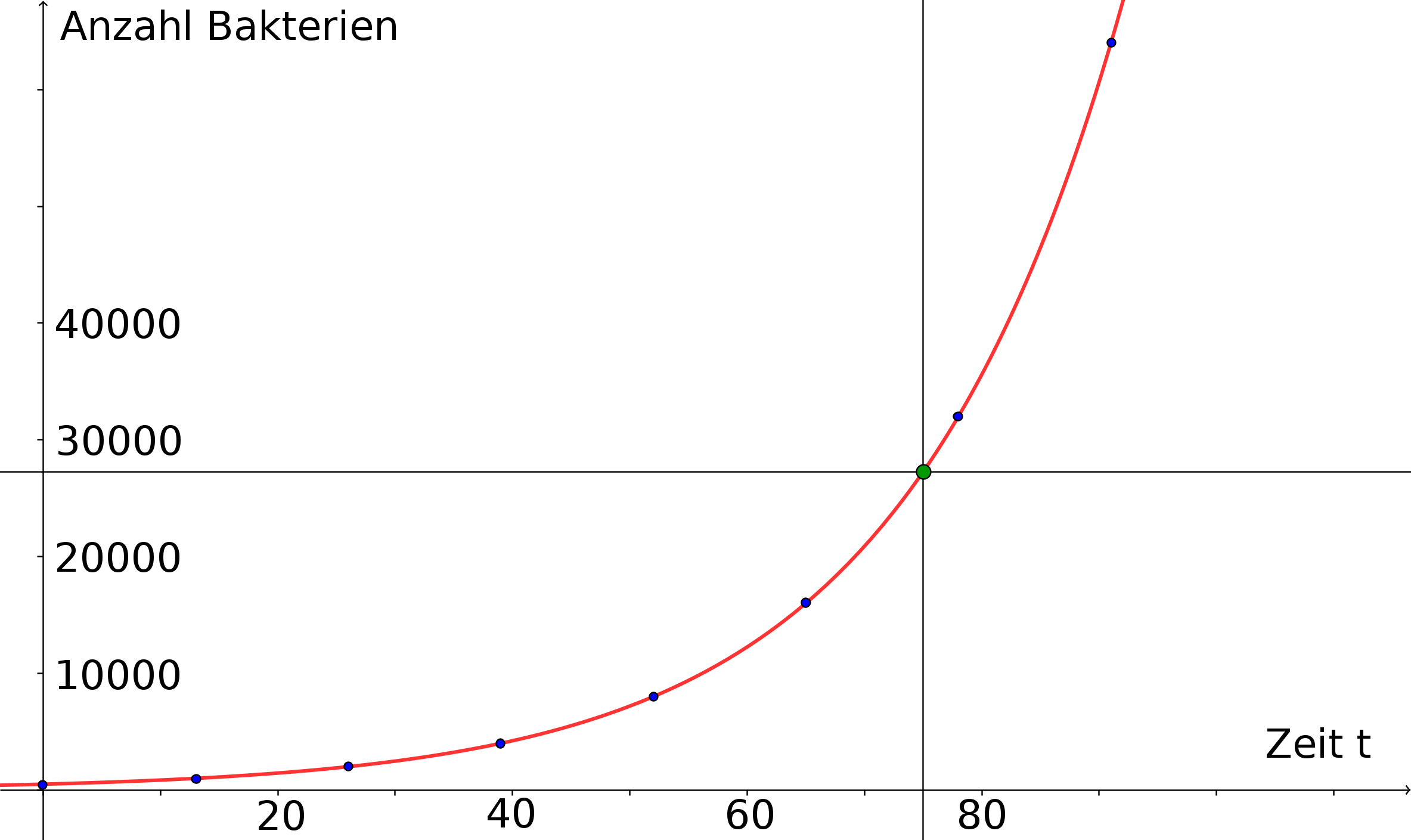 From the graphical representation, the required number of bacteria can be read off a bit more precisely. However, for the exact specification we need the mapping rule underlying the graph, which we will first simply state here:


(In Exercise 6.4.3 we will give a reason for this functional relation.)
For (measured in minutes) we obtain the function value