In Module 5 the trigonometric functions were introduced in Section 5.6 on right triangles, for example by the relation


and explained using the unit circle. Starting from this definition of we arrive at the sine function if we declare the angle to be the independent variable of a function named . This can be illustrated by means of a family of right triangles that are inscribed the unit circle, i.e. a circle with radius , in a certain way. 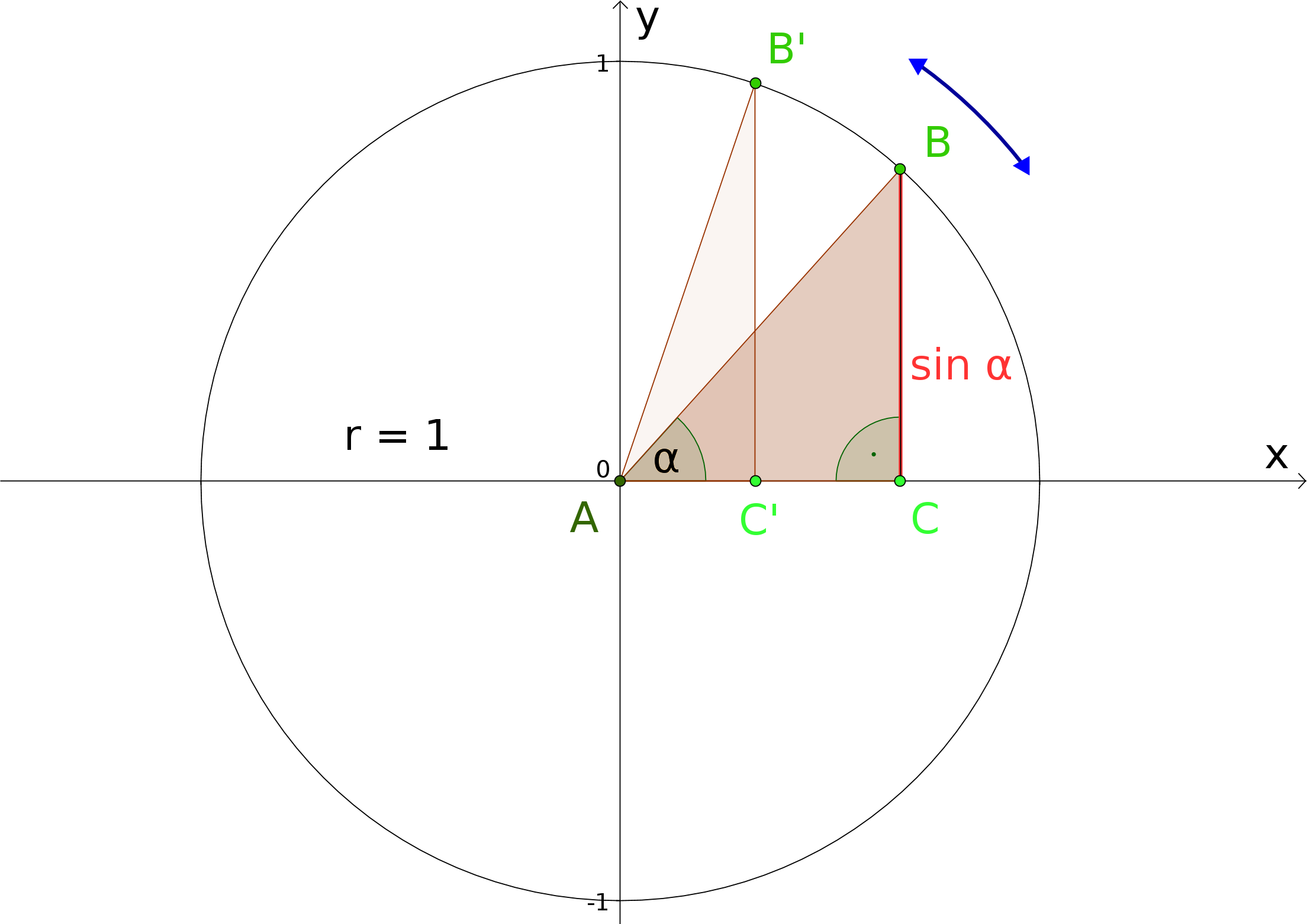 If we start with the angle , corresponding to a triangle degenerated to a line segment, then the length of the line segment equals . If we now rotate the point counterclockwise around the circle, then the angle - and as well - increases until for a maximum value () is reached. Afterwards, the angle continues to increase while is starting to decrease again. For , the triangle is again degenerated to a line segment and . If further increases, the triangle "flips downwards" and the line segment is oriented parallel to the negative vertical line (-axis), hence, its length is negative. For the maximum negative value occurs, before approaches again. At the game starts again. 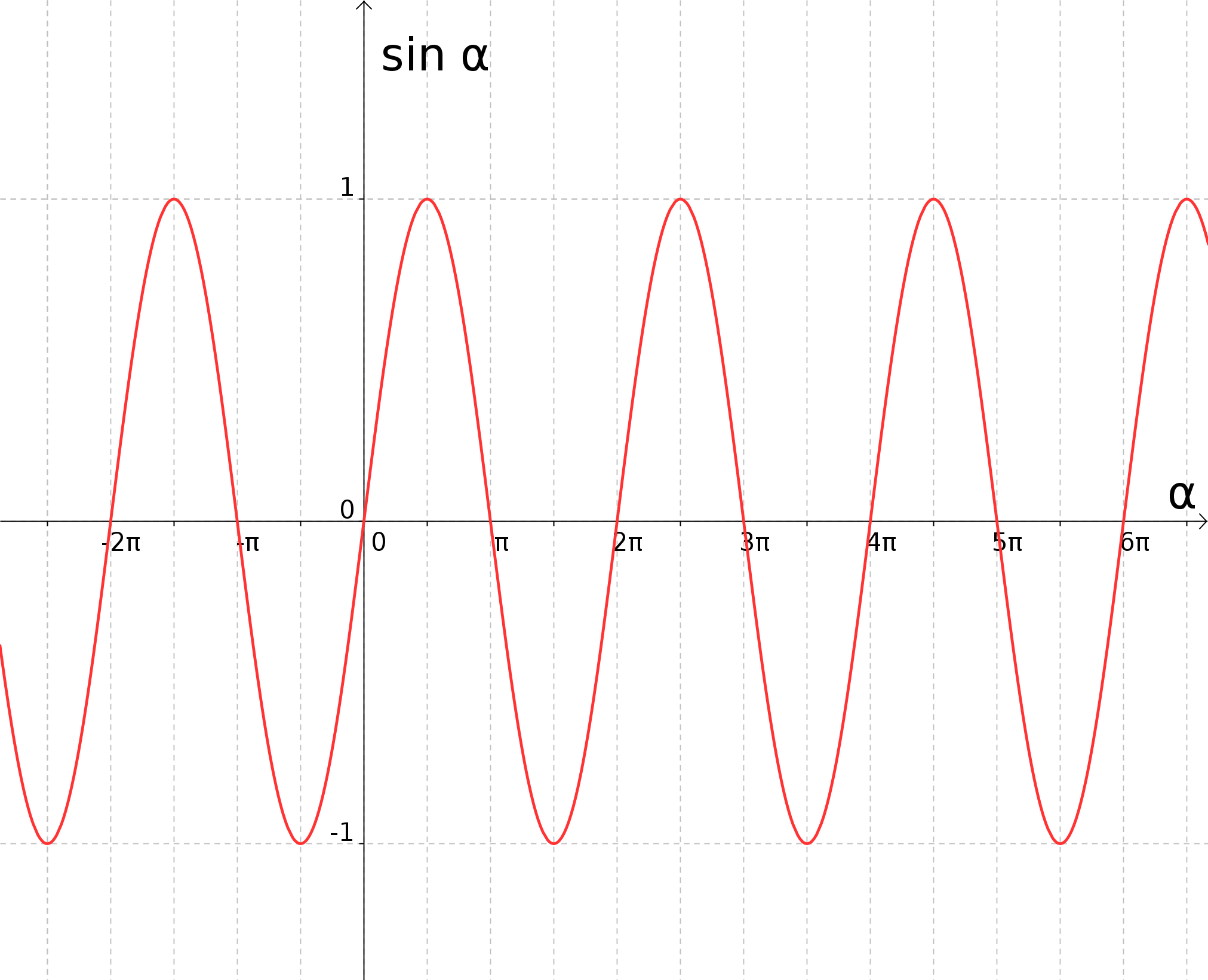 The figure above shows the graph of the sine function


In contrast to the discussion so far, the angle is plotted on the horizontal axis (-axis) in radian measure, used more commonly in this context, and not in degree measure. Let us specify some of the most relevant properties of the sine function: Just a quick look at the graph of the simple sine function suggests that we could use this function for the description of wave phenomena. However, to be able to use the full potential of the sine function a few parameters will be introduced. For example, the amplitude of the sine function can be amplified or damped by a so-called amplitude factor , the frequency of the oscillation can be affected by a frequency-like factor , and the entire path of the graph can be shifted to the left or to the right by a shifting constant . Thus, the general sine function has the following form:

Let us consider a simple pendulum. A small, heavy weight swings freely in the gravitational field of the Earth at a long, very thin cord that is, for example, fixed at the ceiling of a (high) room. Under certain idealised conditions and for small values of the displacement angle from the rest position (the vertical axis), the relation between the angle and the independent variable , i.e. the time, is described by a general sine function: