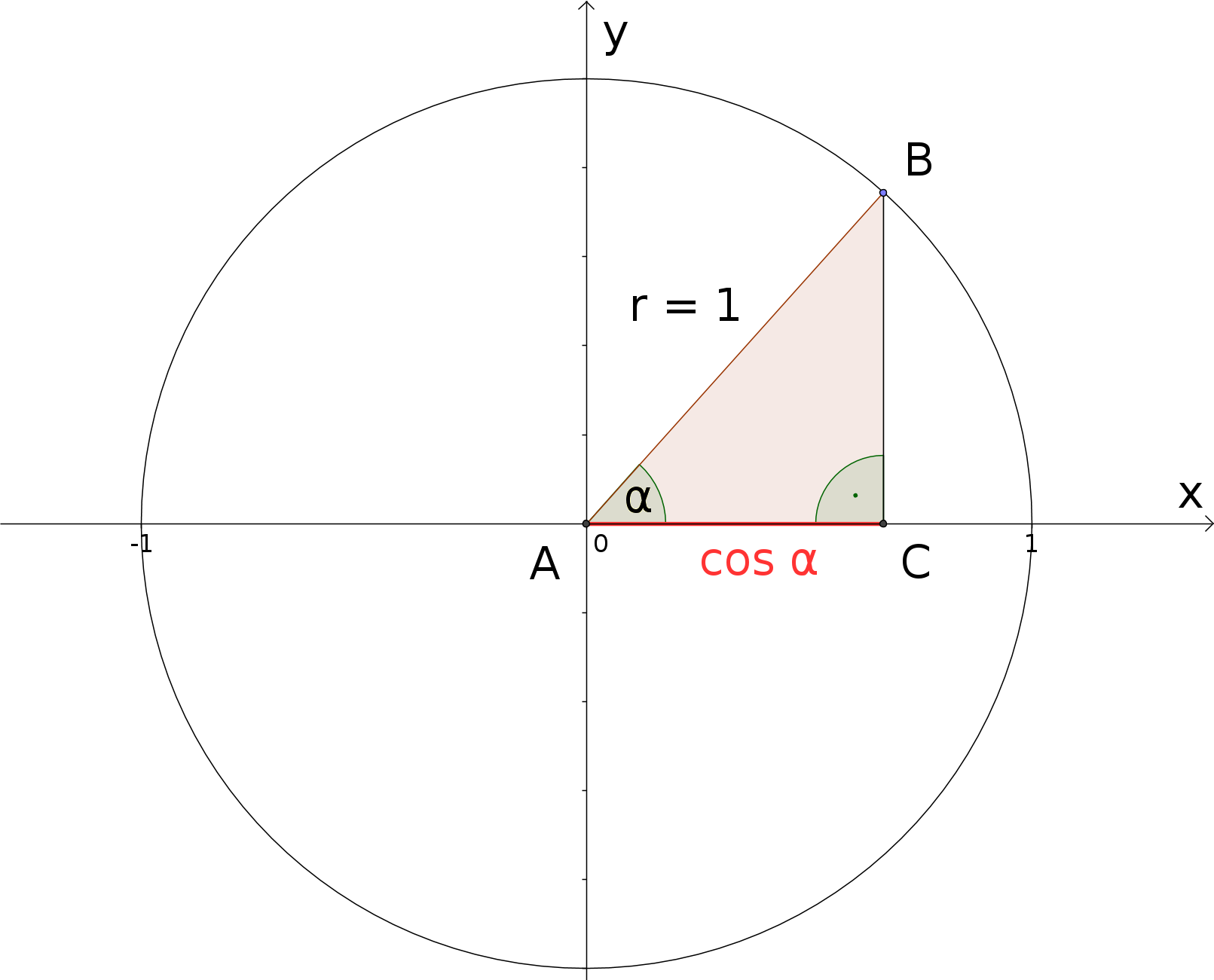 Again, all hypotenuses of these right triangles have the length , such that the cosines of the angles occur as the lengths of the line segments in the figure. If we uniformly rotate the point counterclockwise around the circle, varying the angle , we finally obtain the cosine function: 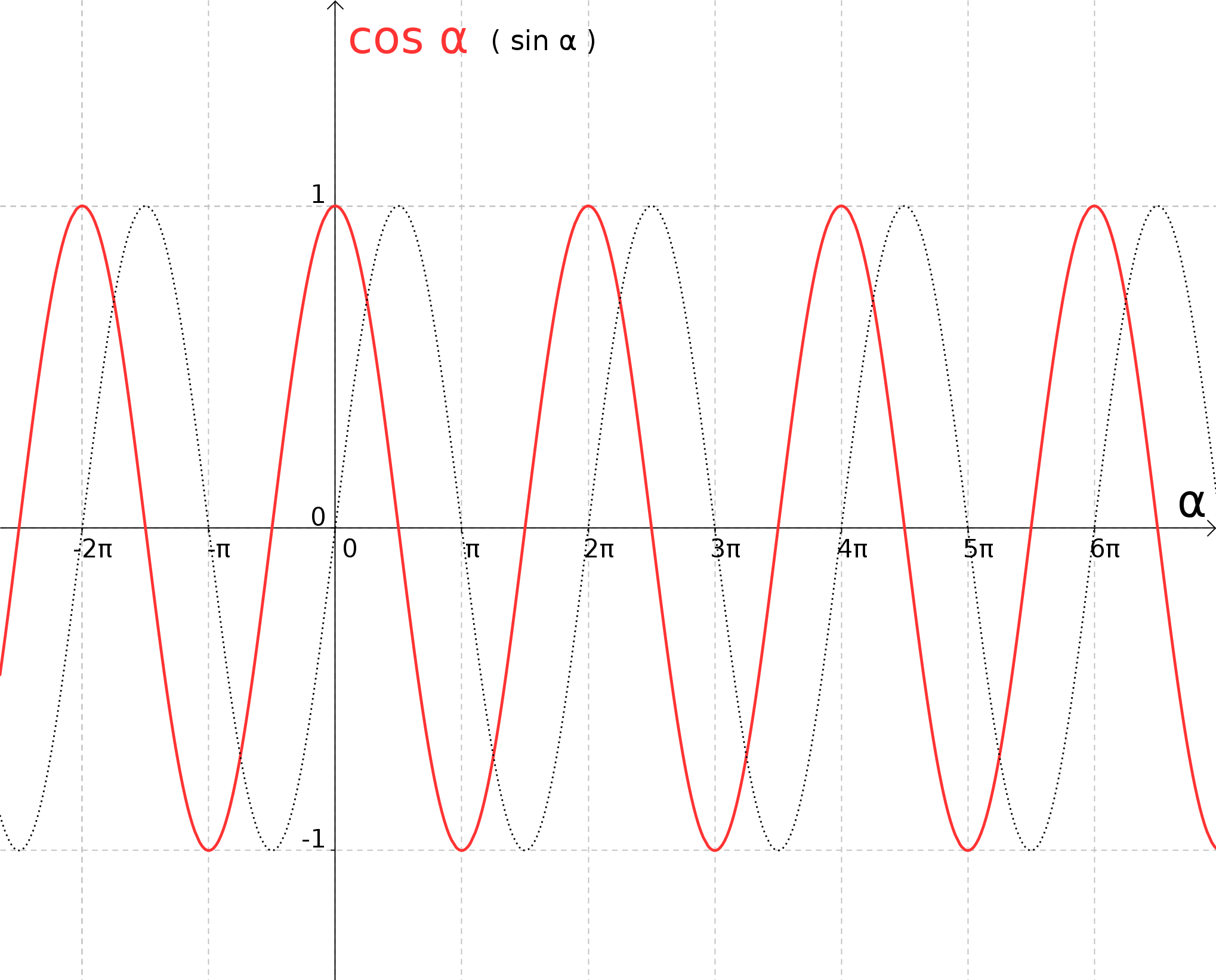 
The value is taken by the cosine function at the points , i.e. for all odd multiples of :


Roots occur at , i.e. at half-integer multiples of :


As in the case of the sine, the cosine has also a general cosine function. In its definition additional degrees of freedom occur in form of parameters (amplitude factor , frequency factor , and shifting constant ). In this way, it is possible to fit the function's graph to different situations (in application examples):


The graph of the function is shown in the figure below. 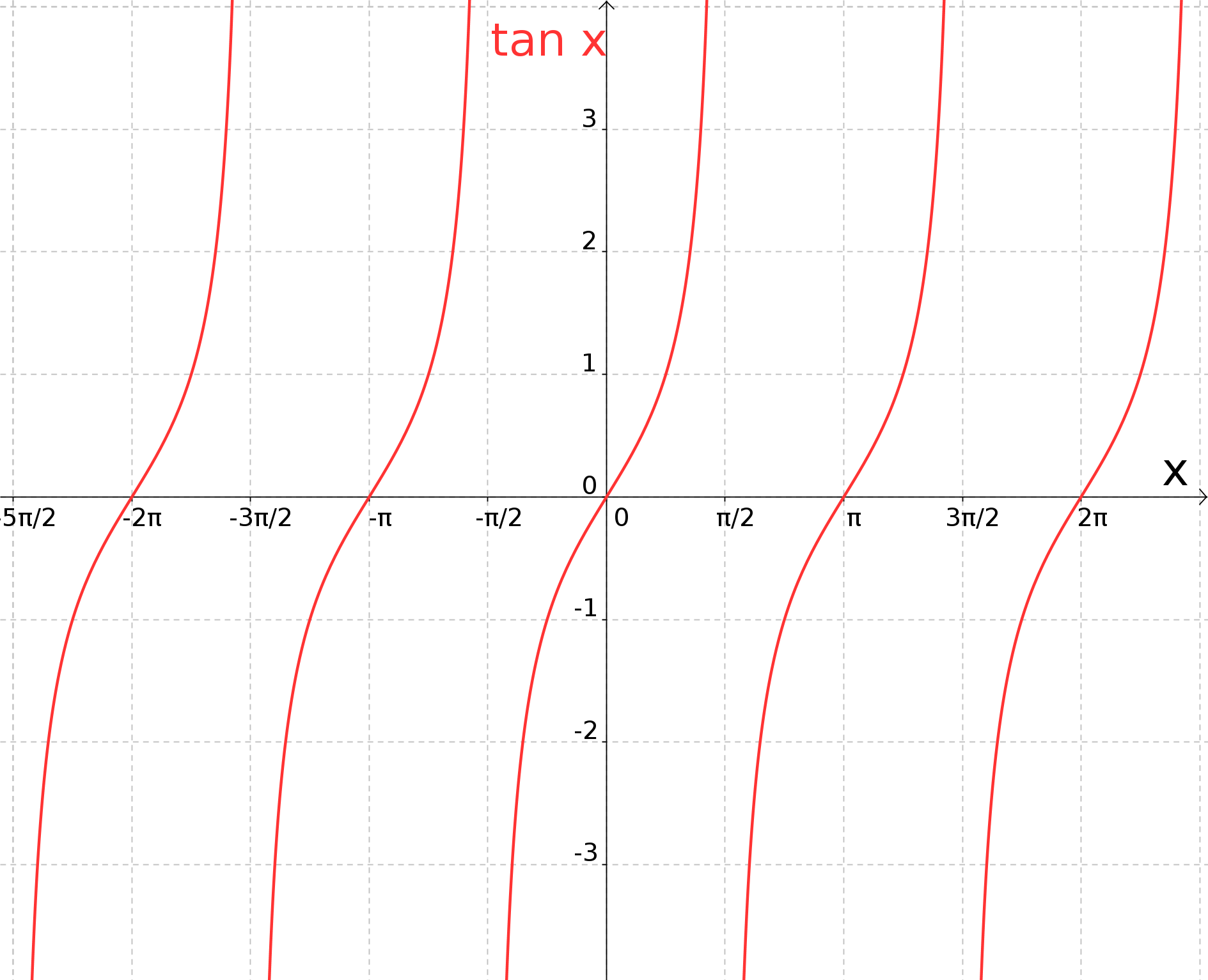 In addition, the tangent function is periodic, however, the period is or .


For the determination of the range, the considerations are very similar to the ones for the range of the tangent function. We thus have . 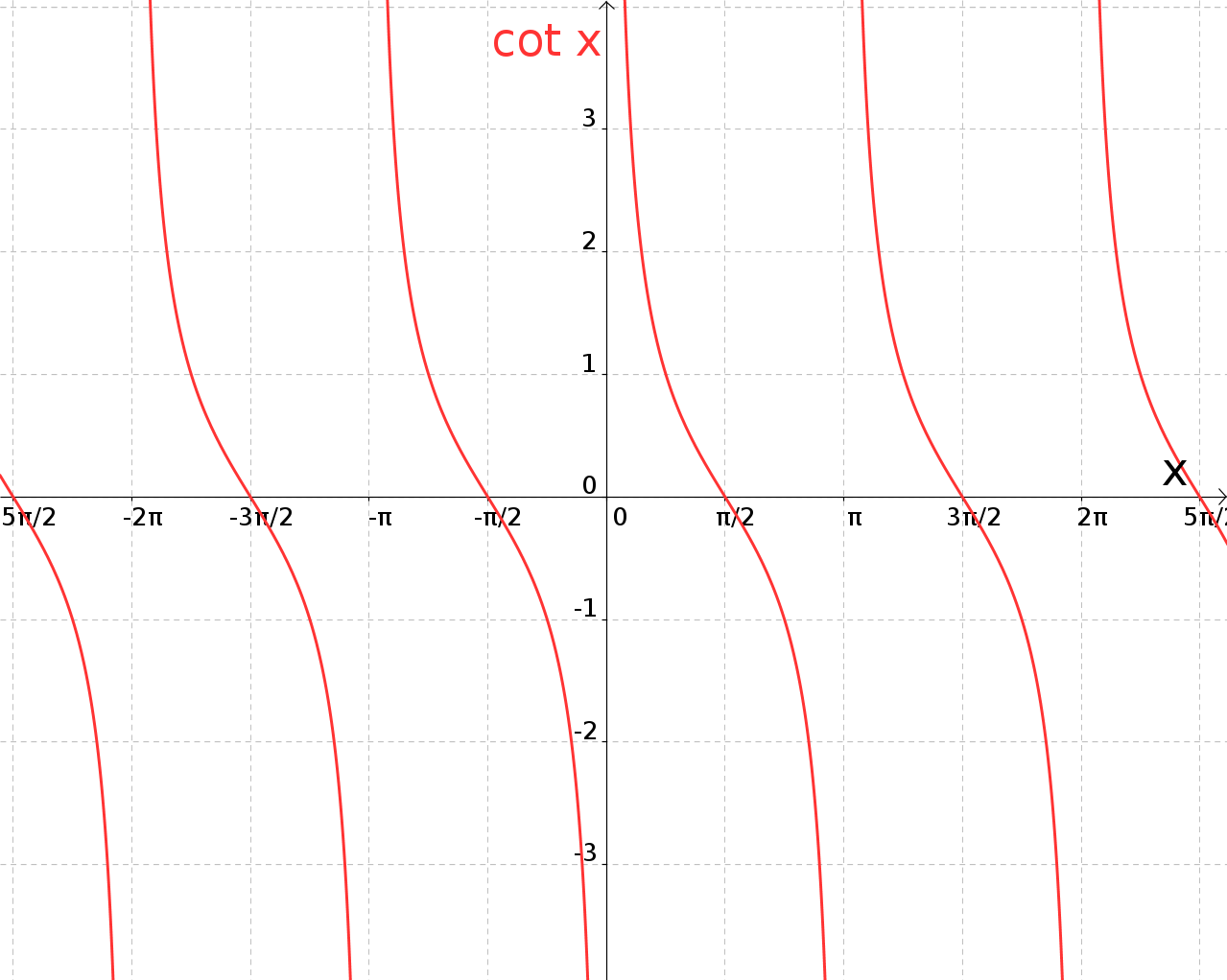